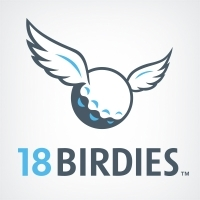 Gotcher has a successful track record of innovation and investments in technology focusing in digital media companies. He founded digital audio technology company, Digidesign (later named ProTools), which became the world’s leading manufacturer of digital audio workstations and later acquired by Avid Technologies. At the 2000 Grammy Awards, Peter accepted the Technical Achievement Grammy in honor of Digidesign’s contributions to the recording industry. More recently, Gotcher spent several years as a Venture Partner with Institutional Venture Partners and a founding Venture Partner with Redpoint Ventures. Gotcher currently is Chairman of Dolby Labs and Jaunt and sits on the boards of GoPro and Pandora.

“This is an exciting time for me to come on board with 18Birdies,” said Gotcher. “I’m impressed with how fast they have been able to grow their user base and golf community, which makes them the ideal brand in the golf industry to partner with. Through their technology, they are going to change the way golf is experienced.”

In addition to his numerous professional basketball accolades which includes an NBA Championship, 10 NBA All-Star game appearances and a Co-Rookie of the Year award, Kidd is a passionate golfer. He began taking golf seriously during his early NBA years with the Phoenix Suns and is a frequent participant at the American Century Championship (ACC), one of the most competitive golf tournaments for current and retired professional athletes.

“After meeting Eddy Lui [18Birdies Founder and CEO] and the 18Birdies team at ACC this year, I knew I wanted to get involved right away,” said Kidd. “I try to get out and play golf whenever I can and I’m pretty competitive, but also like to have fun on the course. 18Birdies addresses both of those needs.”

“Having Peter and Jason invest in 18Birdies really validates where we’ve come as a company,” said 18Birdies founder and CEO, Eddy Lui. “This has been a year of rapid growth for us and with their investment, we’ll be putting more resources towards development of technologies that reimagine the golf experience for players and courses alike.”

For more information, visit www.18birdies.com.
Posted by Blogger at 4:10 PM