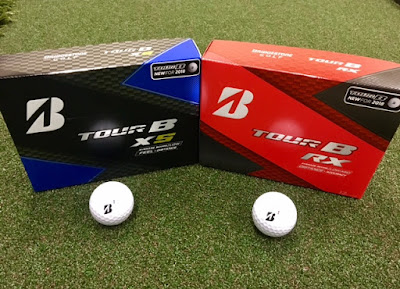 If the Hero World Challenge showed us anything, it’s that Tiger Woods still moves the needle. TV ratings jumped when Tiger was on and it was all anyone could talk about, not just in the golf community, but across the sports world.

Looking back even further, Tiger’s equipment of choice - Nike Golf - stopped production while he was out with his injuries and subsequent surgeries and recovery. That led to rampant speculation as to what he’d play when he returned. A man who has his pick of the litter, was able to piece together what works best for his game without an across-the-board mandate (see Titleist throughout the bag). So what ball did he choose? The Tour B XS from Bridgestone.

Of all the brands in the industry, Tiger Woods chose Bridgestone. I haven’t seen before/after numbers, but I have to imagine the company has enjoyed a nice bump in sales after the decision.

“After extensive testing I have chosen the best ball for my game,” Woods said in a statement. “This ball is reacting identical with how I want to play. For me, that’s fun.”

According to Bridgestone, the Tour B XS provides added distance and control. Distance comes from the increased ball speed due to the company’s Gradational Compression core, which provides higher initial ball speed and lower side spin. Control comes from the SlipRes Cover, which adds friction and feel thanks to the urethane technology.

The Tour B XS also boasts Bridgestone’s proprietary Seamless Cover Technology - an aerodynamic balance coming from a manufacturing processes that creates a perfectly balanced dimple pattern. Speaking of simples ... Dual Dimple technology adds distance from a more efficient ball trajectory due to less drag when the ball is in flight.

Tiger chose the Tour B XS because it fits his game the best. Great for Tiger, but it’s safe to assume you don’t have his swing speed. That’s OK, because Bridgestone makes a ball for any golfer and walks you through the process that will help determine the best ball for your game.

Based on my answers, Bridgestone recommended I play the Tour B RX. I changed my answer slightly - choosing feel over accuracy - and the recommendation changed to Tour B RXS.

Those questions were geared toward someone who knows their game. There’s also a shorter survey for a beginning golfer. It asks for average score and preference. I typed in 100 and distance. Bridgestone recommends the e6 Speed ball for that golfer.

Lastly, there’s a more-specific survey for golfers who've been fitted in the past. It also asks for Age/Gender, Brand, Model, Average Score and Preference, but adds six areas to really drill down into your game - Club Speed, Carry, Total Distance, Ball Velocity, Launch Angle and Spin. You’d learn these by utilizing a launch monitor. This also recommended the Tour B RX for me, which makes me feel good about what ball I’ll be playing in 2018.

Check out bridgestonegolf.com and take the survey for yourself.
Posted by Blogger at 12:18 PM