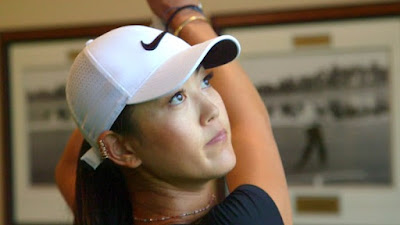 (BROOKLYN, NY) - VICE Sports debuted the newest episode of its Sitdown series. Presented by Callaway, VICE Sports follows Michelle Wie, one of the biggest stars in women’s golf who is playing in the Women’s US Open this weekend. She starts her day off by listening to her favorite music ranging from Country's Jason Aldean to the rap trio Migos on her way to a workout. Michelle explains how Tiger Woods revolutionized the way golfers train, which is why many golfers now workout regularly.

For Michelle Wie, the last few years have meant building a fulfilling life and letting go of the pressure of being the "next big thing." After growing up in front of the camera since the age of 10, the 27-year-old golfer explains the difficulty of being the new kid as a professional golfer and feeling like she did not have an escape from the sport. While most people think she hurt her career by attending college, Wie believes players shouldn't have to choose between a sport and education telling VICE Sports, "going to Stanford and graduating from Stanford was the best four and a half years of my life."
Posted by Blogger at 3:08 PM