(LAS VEGAS) – Major Series of Putting (MSOP) announced that world-renowned poker player Daniel Negreanu will act as an ambassador for MSOP. Negreanu will also be playing in championship events during the MSOP finals taking place Oct. 27 – Nov. 5 in Las Vegas. 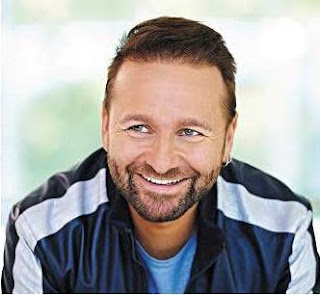 “I’m thrilled to collaborate with MSOP while also joining the competition as a player in Championship events,” said Negreanu. “I happen to be one of the top five putters in the world, according to me, and as someone who enjoys a leisurely game of golf, this is a great opportunity to school other competitors.”

Negreanu became interested in gambling and poker at just 16 years old and has worked his way up in the poker world since. At the age of 23, Negreanu became the youngest player to date to win a World Series of Poker bracelet. He was named World Series of Poker Player of the Year in 2004 and 2013, and is recognized as poker’s all-time money leader with over $32 million in winnings. Negreanu continues to be one of the top poker players in the world, as well as an avid golf fan.

Deemed as the biggest putting tournament in history, the 2017 MSOP Championships are scheduled to take place Oct. 27 – Nov. 5 in Las Vegas. The event will offer a wide variety of putting tournaments including singles and team events in stroke play and match play formats with exclusive events including the high roller tournament. MSOP is holding qualifying events throughout North America in collaboration with golf courses in an effort to find the best putter in the world.

This is a really excellent achievement and for me, gambling also plays a big role in my life. Now you can get a lot of available and useful information for free and use it for your own purposes. For example, I often use a site https://casinonlineslot.com/ where you can always find the best online casinos and read reviews on them, so this is a great support for gambling people.