(BAY HEAD, N.J.) – Led by LPGA professional and Golf Channel commentator Val Skinner, top players on the LPGA Tour will gather in New Jersey once again to raise $500,000 for breast cancer awareness and research at the 14th annual LIFE (LPGA Pros in the Fight to Eradicate Breast Cancer) tournament. Held on Monday, June 10 at Hamilton Farm Golf Club in Gladstone, NJ, the 2013 event will bring the total raised by the Val Skinner Foundation to more than $8.5 million. 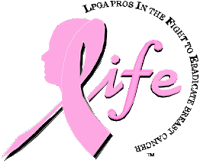 “Breast cancer continues to touch all of us in some way and the LPGA family was reminded of this once again with the loss of our fellow player and friend Colleen Walker this past year,” said Skinner. “While great strides are being made on the research front, there is still much work to be done. We are committed to continue to work with our benefactors at the Cancer Institute of New Jersey and Susan G. Komen for the Cure to do all we can to eradicate this disease.”

Founded in 2000, LIFE generates one of the largest donations made from a single-day golf event benefiting breast cancer. To date, Skinner and her foundation have raised more than $8.5 million for Susan G. Komen for the Cure, the LPGA’s official national charity, and the Cancer Institute of New Jersey (CINJ), a National Cancer Institute-designated comprehensive cancer facility which houses the education-based LIFE Center, named after this advocacy. There are now six satellite LIFE Centers in New Jersey.

The Val Skinner Foundation has collaborated with CINJ to develop BioCONECT, a hands-on breast cancer curriculum now being taught in more than 175 schools in New Jersey and BOLD (BIOCONECT Oncology Leadership Development) a summer camp for high school students conducted at CINJ. The students get to experience the BioCONECT curriculum coupled with discussions related to an actual cancer patient case with doctors, nurses and researchers. LIFE funds have been used to create the Young Women’s Initiative,  a multifaceted effort organized to target women, especially the younger population, with education about risk factors and treatment options the breast cancer.

In addition, the Val Skinner Foundation was the founding sponsor of Komen on the Go, an interactive mobile tour that traveled to community events and universities across the U.S., conveying life-saving information about breast cancer. In 2013, funds from LIFE are being used to launch Young Women Walking, an initiative aimed at 16-23-year-olds in conjunction with the Susan G. Komen 3-Day. The Young Women Walking program will be part of all 14 Susan G. Komen 3-Day markets in 2013. More information can be found at www.The3Day.org/YW2.

Since the 1990s Skinner has been tireless in her advocacy. The impetus for her work originated with an aunt who experienced and survived breast cancer and the loss of two friends, one who was diagnosed at age 33 and left two children behind, and most notably, the misdiagnosis, struggle and death of popular 28-year-old LPGA star Heather Farr in 1993.

Val Skinner, a member of three golf Halls of Fame, played on the LPGA Tour for 21 years. The six-time winner was ranked in the top 15 in the world seven of those years. She has been the recipient of numerous awards and honors for her work in the fight against breast cancer. In addition to overseeing her Foundation work, Skinner competes on the Legends Tour and serves as a commentator for the Golf Channel.

For more information on the 2013 LIFE Event, beneficiaries and partners, visit www.valskinnerfoundation.org.