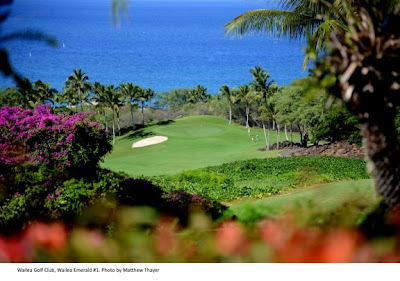 (Portland, Ore.) – TheAPosition.com kicks off its spring golf season with a tropical flourish by sending five journalists to Maui from April 21-27 to sample the Magical Isle’s world-class golf courses, beaches, hotels, cuisine, and more.  Four writers and a videographer will create and broadcast daily original content via a collection of websites and social media that will be further disseminated by sponsor partners.  The content will include short travelogues, videos, and reviews of courses, restaurants, and other attractions, as well as the observations of a team of seasoned golf enthusiasts.

This edition of Golf Road Warriors involves members of The A Position who have reported from previous trips to Myrtle Beach, Scottsdale, Reynold’s Plantation, Palm Springs, Casa de Campo, and other locales.

Brian McCallen is a long-time golf travel writer whose credits include GOLF Magazine (where he was a Senior Editor for 16 years), Robb Report, Cigar Aficionado, Travel & Leisure, the Washington Post and many others top publications.  McCallen is also the author of a number of books about the world’s best golf destinations.

Manhattan-based writer Jim Frank has been a golf journalist and editor for more than 30 years, including stints as Executive Editor of GOLF Magazine from 1990-2003, and founder of Golf Connoisseur.  Franks has edited and published countless articles in the best golf and travel publications and published several books.

Award-winning writer Tom Bedell is the only member of both the Golf Writers Association of America and the North American Guild of Beer Writers.  His work has appeared in Travel & Leisure Golf, Celebrated Living, Lexus Magazine, and many other top publications.

Jeff Wallach, Executive Editor of the A Position, has published in The New York Times, Money Magazine, Outside, and other magazines and newspapers. The author of five books, he claims to have a pretty good short game for a journalist.

On Maui the writers will be videoed by Jamie McWilliams, whose extensive sports background has included producing, directing, and writing for NFL Films.  McWilliams has worked as the videographer for a number of Golf Road Warriors adventures.  He will document adventures at such great golf courses as Wailea Gold, Kapalua’s Plantation Course, King Kamehameha Golf Club, and Kaanapali’s Royal Course.

Check out the warriors’ field reports at GolfRoadWarriors.com and theAposition.com.

Every golf course has something unique to offer, even those that are smaller and locally run.Golf travel