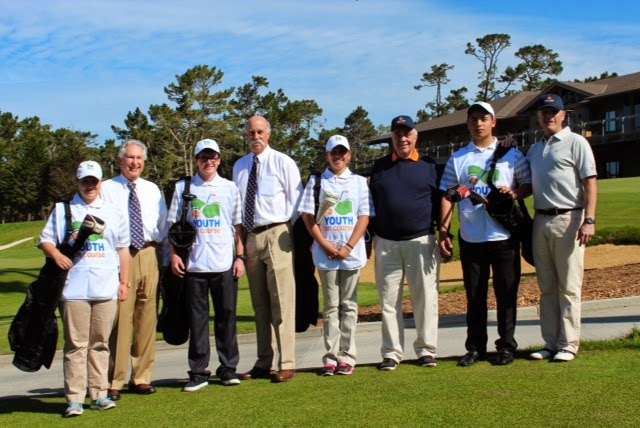 (PEBBLE BEACH, CA) - It has been 13 months since Poppy Hills Golf Course closed for a near top-to-bottom redesign overseen by the course’s original architect Robert Trent Jones II. But if the excitement of today’s Opening Day festivities weren’t enough, it seems that there is even more good news. 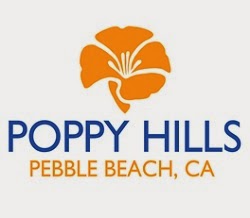 Adding to the buzz is the announcement that the all-new Poppy will co-host the Champions Tour’s Nature Valley First Tee Open, teaming with its esteemed neighbor, Pebble Beach Golf Links, from Sept. 22-28.

Jones was on-hand to hit the ceremonial first shot at the new Poppy Hills, 28 years after he did so to debut his original design in 1986. He was joined for the first shot by:
* Brian Morse, President of the NCGA, the largest regional golf association in the country
* Derrell Biddy, President of Poppy Holding Company, which oversees golf operations
* Patrick Moran, an 11-handicap golfer representing the 150,000 members of the NCGA.

“Since Poppy Hills is the members’ course,” Morse said, “we wanted to honor our member in the special ceremony. It worked out perfectly to have Patrick with us on this special day to represent the entire NCGA membership.”

Jones returned to rejuvenate Poppy Hills, restoring each hole to its natural elevation along the forest floor, softening doglegs and contours, and redesigning all 18 greens with bentgrass.

Among the most significant changes were:
* Revitalizing a seasonal creek that cuts in front of the new ninth green
* Building the new 11th hole, the shortest par 3 at Poppy Hills
* Creating the downhill 12th hole, which tees off toward a spectacular ocean view of Monterey Bay

“It’s a renaissance more than a renovation,” Jones said. “It’s really a brand new golf course. The new conceptions have reinvigorated the golf course. They will bring the course back to all its glory.”
Par has dropped from 72 to 71, but yardage has increased from 6,863 to 7,002 from the new Jones Trail (back set of tees). The Jones Trail plays to a rating of 73.5 and a slope of 135, but now there is more flexibility in course setup, with five sets of tees instead of four.

And even before the ceremonial first shot was taken, Poppy Hills was already deemed “Tour-quality” with the confirmation of The First Tee Open partnership. Of course, Poppy Hills is no stranger to pro tour competition. It co-hosted the AT&T Pebble Beach National Pro-Am from 1991-2009, as well as the Callaway Pebble Beach Invitational for four years.

“The First Tee Open is a wonderful partner for the home course of the Northern California Golf Association,” said Brad Shupe, General Manager of Poppy Hills Golf Course. “One of the prime initiatives of the NCGA Foundation is its Youth on Course program, which allows boys and girls to play courses for only $5. And we are proud that two of the last three pro-junior teams to win The First Tee Open were made up of Youth on Course players.”

Four Youth on Course members were also represented in the opening day ceremony – Richard Garcia, Jack Hyland, Katie Hyland and Mariel Mercado, all from Salinas. Each was the “official caddie” for the four representatives who hit the official first shot.

For additional information about Poppy Hills Golf Course and to reserve tee times, visit www.poppyhillsgolf.com
Posted by Blogger at 10:15 AM