(Shawnee on Delaware, Pennsylvania) – On April 2, The Shawnee Inn and Golf Resort will begin the construction of its golf bridge ushering in the golf season in the Pocono Mountains. 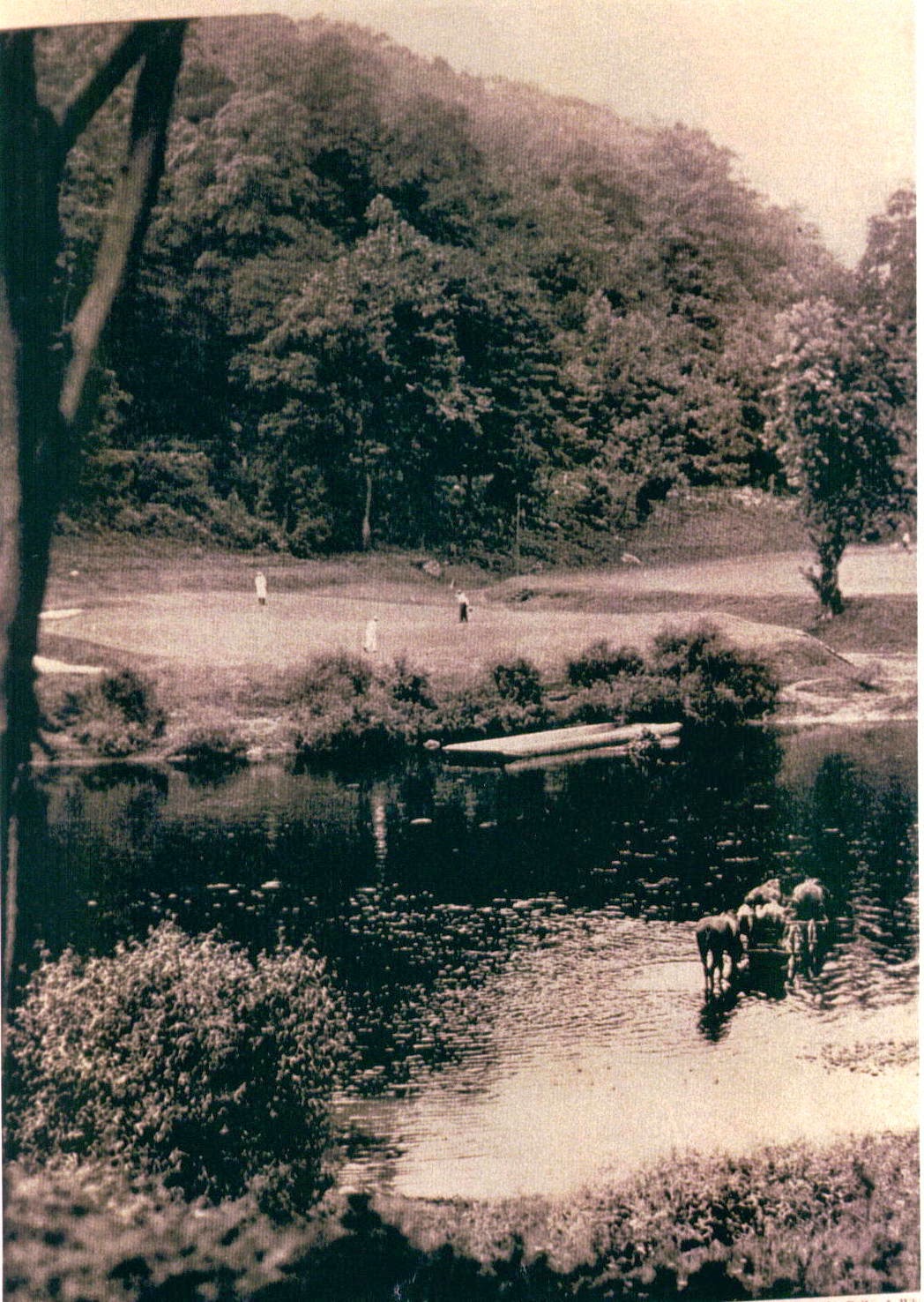 Since approximately 1919, The Shawnee Inn and Golf Resort, then called the Buckwood Inn, has been building its iconic golf bridge that leads players onto the 27-hole course located on an island in the middle of the Delaware River.  Shawnee’s esteemed grounds crew still erect the bridge in the same manner they have for nearly a century using a flat river barge, ladders and elbow grease. Amazingly, construction of the bridge only takes about three to four days. Prior to the bridge, transportation to the golf island was made by horse-driven ferries.

The course is projected to open April 4. Shawnee will be extending its “Free Golf” promotion until April 24. Golfers will only be charged a $25.00 cart maintenance fee for 18-holes of golf.  Free Golf overnight packages start at $69 per person and include overnight accommodations at The Shawnee Inn and Golf Resort, Breakfast in the River Room and 18-holes of Golf on Shawnee’s Golf Island.