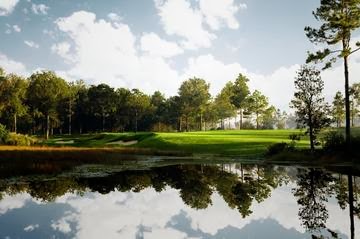 Nick Faldo and Colin Montgomerie make their first visit to the Mississippi Gulf Coast as part of a world-class field that includes seven World Golf Hall of Famers, 17 major championship winners and 28 of the top 30 players on the Champions Tour Money List.

“We’re excited so many of golf’s most prominent names will once again be in Mississippi to compete on one of the very best courses in the country,” says Mississippi Tourism Director Malcolm White.  “We covet the opportunity to showcase not only our great collection of golf courses to a world-wide audience, but also our casino resorts, authentic cuisine, entertainment, outdoor activities and, of course, southern hospitality.”

The three-day, 54-hole tournament begins Friday, March 21 and will be broadcast live on Golf Channel. Tickets are available at http://www.2014mgrc.com/ and start at $15. Children ages 15 and under earn free entry when accompanied by a ticketed adult.

Since the inaugural tournament in 2010, The Mississippi Gulf Resort Classic has generated over $55 million for the regional economy and more than $750,000 in assistance for local non-profit community charities.

The presenting sponsor for the event is C Spire, a telecommunications, networking and technology services company that got its start on the Mississippi Gulf Coast 25 years ago.

The state of Mississippi offers multiple stay-and-play packages at a variety of price points in five distinct regions. For more information please visit www.visitmississippi.org/golf or call toll-free 1-866-801-8551.
Posted by Blogger at 9:36 AM