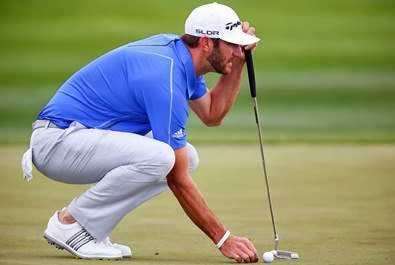 (Carlsbad, Calif.) – adidas Golf, an industry leader in innovation, technology and performance footwear, has announced the release of the pure 360 footwear collection, the next generation of adipure footwear. The collection features clean, classic silhouettes, ultra-flexible outsoles and premium materials aimed at allowing the foot and body to move in the way it was naturally meant to from the ground up.

Dustin Johnson, adidas Golf Tour staff professional since 2007, first played the new pure 360 at the Hyundai Tournament of Champions in January, where he praised the footwear’s aesthetic appearance and performance attributes.

“Walking as much as we do out on tour definitely takes its toll,” said Dustin Johnson, eight-time winner on the PGA TOUR. “Once I started wearing the pure 360, I immediately felt the incredible comfort and feel more refreshed at the end of my round. Not only do they look great, they’re the most comfortable shoe I’ve ever worn.”

For unrivaled stability, designers gathered critical tour player feedback and incorporated a newly designed external heel cage paired with a new tour performance last for 360WRAP support in the midfoot and heel. The outsole of the pure 360 features proprietary puremotion technology that allows the golfer’s foot to move more naturally during play. The totally redesigned thintech outsole features swing plane traction and a new midfoot cleat to create even more grip and stability.

“Our tour athletes know what they need in their footwear to perform at their highest level,” said Masun Denison, Director, Global Product marketing, Footwear at adidas Golf. “We’ve listened carefully to their feedback and combined it with new material technologies to create a premium shoe that we’re confident will resonate with both tour players and amateurs alike.”

For more information or to view the entire pure360 footwear collection, visit adidasgolf.com.
Posted by Blogger at 10:03 AM