Veterans Golf Classic, One of Myrtle Beach’s Most Popular Events, is Accepting Entries 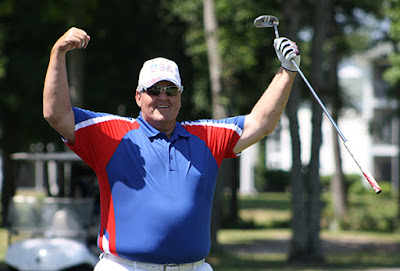 (Myrtle Beach, S.C.) – The Veterans Golf Classic, which will be played June 5-7 on nine of the Myrtle Beach area’s best courses, is accepting entries through May 13.

A 54-hole, two-man team event, the 17th annual Veterans Golf Classic is open to all current and former members of the military and their friends. The tournament is expected to attract more than 300 people from across the nation.

Entry, which includes three rounds of golf, a gift bag, welcome reception and awards banquet, is $280.

The event features a different format of play each day – better ball, combined net team score and scramble – and each team must include at least one current or former member of the armed forces. Players are placed into one of four flights – Eisenhower, MacArthur, Nimitz and Franks – based on their handicap.

Participants will also enjoy a Sunday welcome reception and a Wednesday night awards banquet, in addition to receiving a Veterans Golf Classic hat and shirt and an assortment of goodies in a tournament gift bag.

The Wednesday banquet is one of the event’s highlights. The colors of each service branch – Army, Navy, Air Force, Marines and Coast Guard - are presented and the atmosphere is the perfect blend of festive and respectful.

The competition extends beyond the standard two-man team event. The Branch Challenge pits the five branches of the U.S. Military against each other. Participants are entered into the contest and at the end of the tournament the branch with the lowest score is crowned champion.

The Carolina Cup, which matches members of the VFW against the American Legion, is another popular tournament within the tournament.

For more information, go to http://veteransclassicgolf.com/.
Posted by Blogger at 1:31 PM