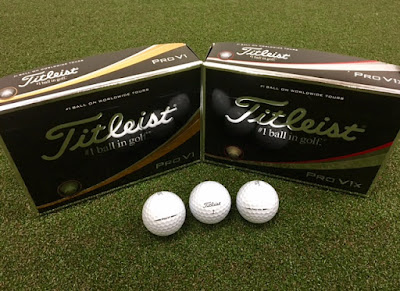 There’s a popular belief in business ... If you’re not evolving, you’re dying. Perhaps that explains why Titleist makes changes to the ever-popular Pro V1 and Pro V1x models every two years.

And the 2017 balls may be them most improved in recent memory. What’s new? 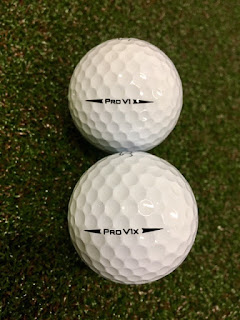 The Pro V1 has a “Next Generation 2.0 ZG Process Core,” which adds distance over the 2015 model through lower spin and faster ball speed.

The dimple design is new, as well. The spherically-tiled 352 tetrahedral dimple design provides a more consistent flight. As amateurs, most of us won’t necessarily see the consistency on every shot, but it’s nice to know that when you hit the shot you want, the ball will react the way you expect.

The thin ionomeric casing layer that enhances speed and controls spin on full shots remains the same, as does the soft Urethane Elastomer cover. Titleist refers to this system as “Drop-and-Stop greenside control” and nobody who has played these balls can debate that.

The former beef with the Pro V family was the balls getting easily scuffed and beat up throughout a round. The company addressed that several years ago and today’s generation continues to boast long-lasting durability.

As with the Pro V1, the Pro V1x also has an improved cover system. The new spherically-tiled 328 tetrahedral dimple design gives the Pro V1x its most consistent flight to date.

There are two misconceptions that should be discussed:
- The Pro V1 and Pro V1x are for low-handicap golfers only; and
- You need a swing speed in excess of 100 mph to reap the rewards of these balls.

Both are false. Any golfer who wants a long, responsive golf ball will benefit, regardless of swing speed and ability. That said, these balls retail for $47.99, so high-handicappers who are prone to losing quite a few balls throughout a round may want to find a lower-price option.

So you’ve decided to try the 2017 version of Titleist’s flagship ball, but don’t know which one is right for you. Here’s the basic difference: Pro V1 flies lower with a penetrating trajectory and feels softer. Pro V1x flies higher, has a slightly firmer feel, and spins more on iron shots. I already hit a high ball and prefer feel over distance, which is why I play the Pro V1. You may value shots differently.

Learn more at www.titleist.com.
Posted by Blogger at 10:51 AM