(HOUSTON) – There were obstacles, no doubt, to turning professional at the age of 17, even before she had graduated high school. But what often got overlookedabout Morgan Pressel is that she had been faced with an even greater challenge a few years earlier – the death of her mother, Kathryn Krickstein, from breast cancer. 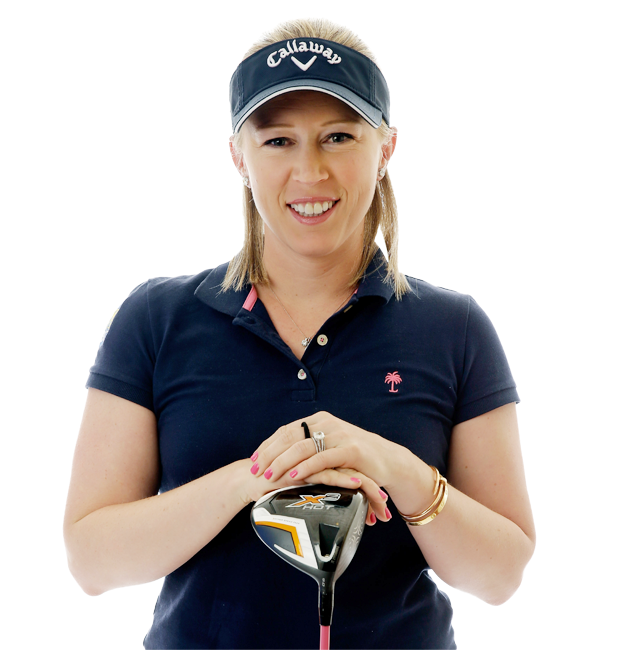 With two wins and more than $5.8 million in prize money, the 26-year-old Pressel has clearly handled the professional golf thing. But it’s the other side of the story – her growth as a person and her commitment to her mother’s memory – that has won her a legion of supporters.

Now it has also won her an honor from the Golf Writers Association of America, the Charlie Bartlett Award presented by Aberdeen Asset Management. Given to a playing professional for unselfish contributions to the betterment of society, the award pays tribute to Pressel for the charitable efforts she has made through the Morgan Pressel Foundation to heighten breast cancer awareness and fight the insidious disease.

“Carrying out the mission of the Morgan Pressel Foundation is a team effort, and an honor like this would not be possible without the hard work of many, especially my family and my community at St. Andrews Country Club (in Boca Raton, Fla.),” Pressel said.

In six years, the foundation has raised more than $3.4 million and the efforts have been felt in her hometown area, Palm Beach County. The Kathryn Krickstein Mammovan became a reality a few years ago, working out of Boca Raton Regional Hospital. It travels throughout the county to provide affordable breast exams and care to those who otherwise might not be able to afford it.

In 2013, Boca Raton Regional Hospital’s Lynn Cancer Institute opened the Morgan Pressel Center for Cancer Genetics, where individual risks for developing certain cancers with hereditary links can be studied. Pressel also hosts the “Morgan and Friends Fight Cancer Tournament” in January at St. Andrews CC, and contributes funds through her “Bucks For Birdies” campaign during the LPGA Tour season.

“The work that my foundation does in the area of breast cancer is very meaningful to me on a deep, personal level,” Pressel said.

“I am truly humbled to be selected to receive the Bartlett Award this year. To know that I will be joining an amazing group of individuals who have received this award before me is a great honor,” she said.

Jill Maxwell, Head of Sponsorship & Corporate Events of the awards presenting sponsor Aberdeen Asset Management, said: “On behalf of everyone at Aberdeen we would like to congratulate Morgan on winning this much admired award. What Morgan has done for breast cancer research in the United States is something she can be very proud of. As a supporter of the GWAA, we look forward to celebrating with her and everyone at Augusta in April.”

The award is named in memory of the first secretary-treasurer of the GWAA, who served 21 years until his death in 1967. It will be presented to Pressel at the 43rd ISPS HANDA GWAA Annual Awards Dinner presented by the PGA of America, PGA TOUR and USGA April 8 in Augusta, Ga.

The award is given to a playing professional for unselfish contributions to the betterment of society and is given in memory of the GWAA’s first secretary. It has been presented since 1971 when the inaugural winner was Billy Casper.

About GWAA
Founded in 1946, the 850-member Golf Writers Association of America, Inc., takes an active role in protecting the interests of all golf journalists, works to improve press facilities and works closely with all of golf’s major governing bodies and the World Golf Hall of Fame.
Posted by Blogger at 11:37 AM