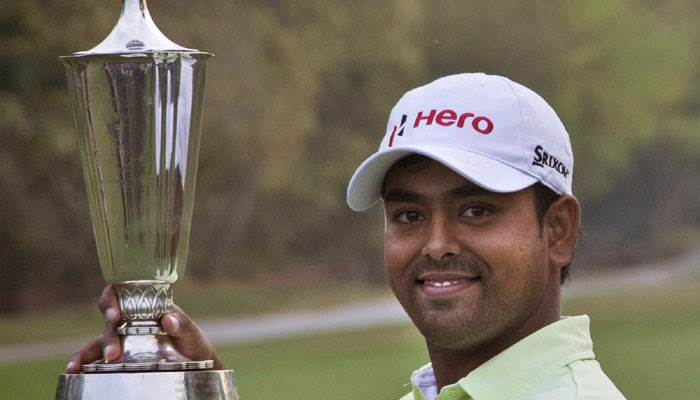 (HUNTINGTON BEACH, CA) - Srixon and Cleveland Golf congratulate staffer Anirban Lahiri for his victory Sunday at the 2015 Hero Indian Open, held at the Delhi Club in New Delhi, India.  The victory was Lahiri’s second European Tour victory in the last three weeks and comes just three months after his successful completion of Qualifying School for the European Tour.  Lahiri, a 27-year-old native of India, began Sunday’s final round seven shots off the lead, but his final round score of 69 forced extra holes, where he was able to clinch victory with a birdie on the first playoff hole.

“Hopefully I’ll have more days like this in my career, but for now I’m just going to enjoy the moment,” said Lahiri.  “Every Indian golfer puts winning the Indian Open on their bucket list, but not many get the chance to actually tick it off. I couldn’t have asked for a better day.”

Sunday’s win at the Hero Indian Open, coupled with his victory at the Maybank Malaysian Open just three weeks earlier, has solidified Lahiri’s place in the top 50 of the world rankings and has effectively secured his Masters debut in April.

For more information on Anirban Lahiri and his Journey to Better, visit: www.anirbanlahiri.com.

For additional information on Srixon, Cleveland Golf, and XXIO products or their staff players, visit: www.srixon.com, www.clevelandgolf.com, and www.xxiousa.com.
Posted by Blogger at 9:46 AM