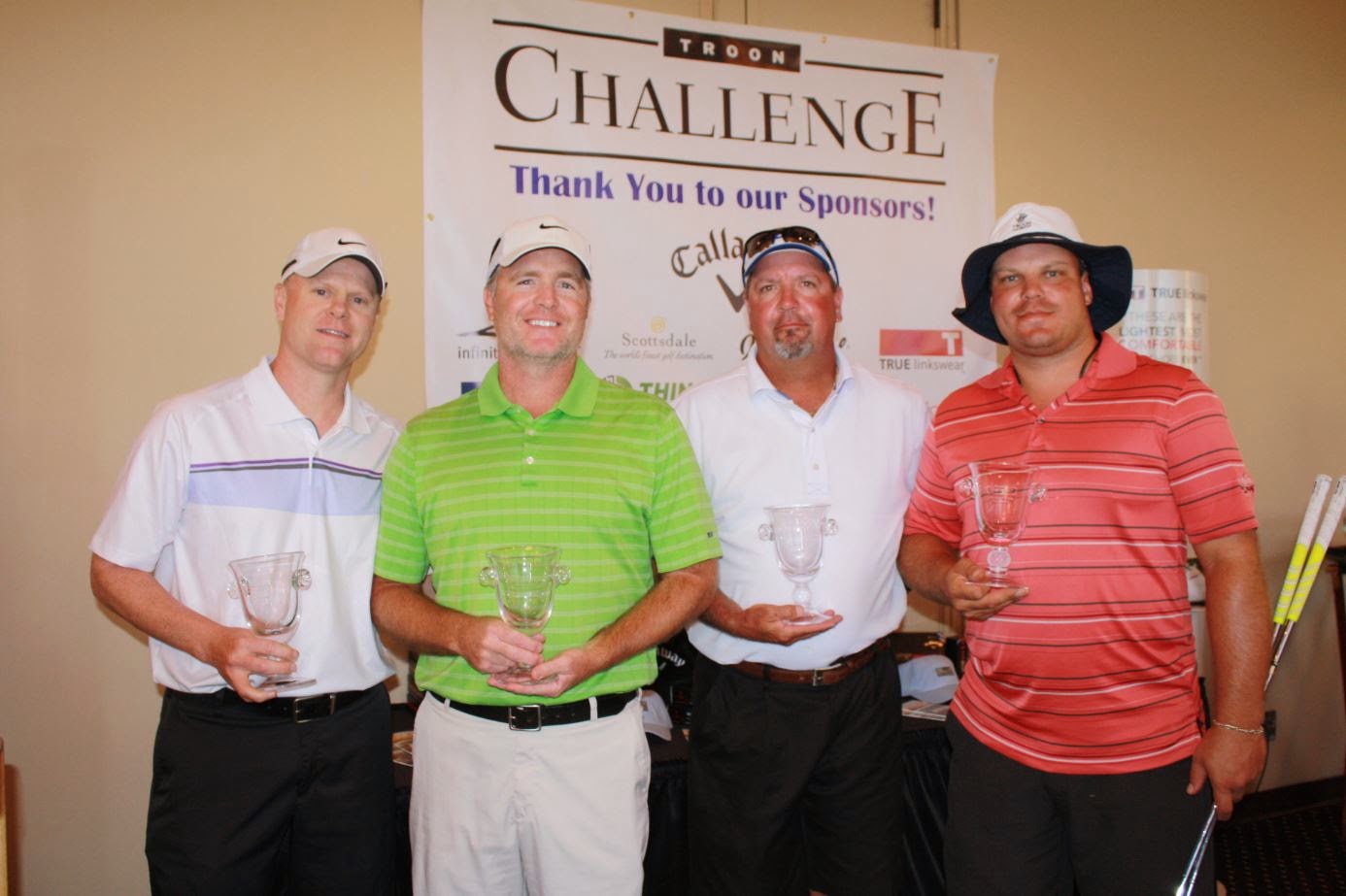 In the Gross division, the team of Michael Kaufman and Jason Moore, who qualified for the finals at The Phoenician in Scottsdale, Ariz.,  got off to a hot start by shooting a blistering 62 on Troon North’s Monument course.  The 10-under par round was good enough for a one stroke lead with several other teams just a couple shots shy.  Teams arrived for round two on Sunday knowing that in order to win, they would need to post a great number on the Pinnacle course.  The battle was fierce and in the end, the team of Chad Hossack and Sean O’Malley, who qualified at The Boulders in Carefree, Ariz., came through shooting 61.  This gave them a two-day total of 127 which was good enough to tie Kaufman and Moore. Hossack and O’Malley’s stellar day-two round led them to victory in a scorecard playoff!

In the Net division, the team of Philip Bowker and Tommy Harrison, who qualified at Palmilla Beach Golf Club in Port Aransas, Texas, took a commanding lead after shooting 60 in round one.  On Sunday, several teams made a strong effort to catch Bowker and Harrison, but their score of 62 showed they would not let up. Their two-day total of 122 led them to an eight-shot victory. The battle for second place came right down to the end with five teams finishing within a shot of each other.

“Congratulations to all of the champions and of course all of the national finalists, as they all were ‘winners’ as they got the chance to come to Scottsdale and compete in this National Finals,” stated Kris Strauss, vice president, sales and marketing, Troon.  “The Troon Challenge delivers a fun and competitive environment for amateur golfers at many of our prominent courses across the country. With the support of our sponsors and loyal golf followers, this event will continue to grow as an important element of our ‘Play Troon’ initiative, designed to grow the game of golf by offering players a diverse range of playing options.”

For more information on the 2014 Troon Challenge presented by Callaway Golf, visit www.TroonChallenge.com or search #TroonChallenge14.
Posted by Blogger at 10:49 AM