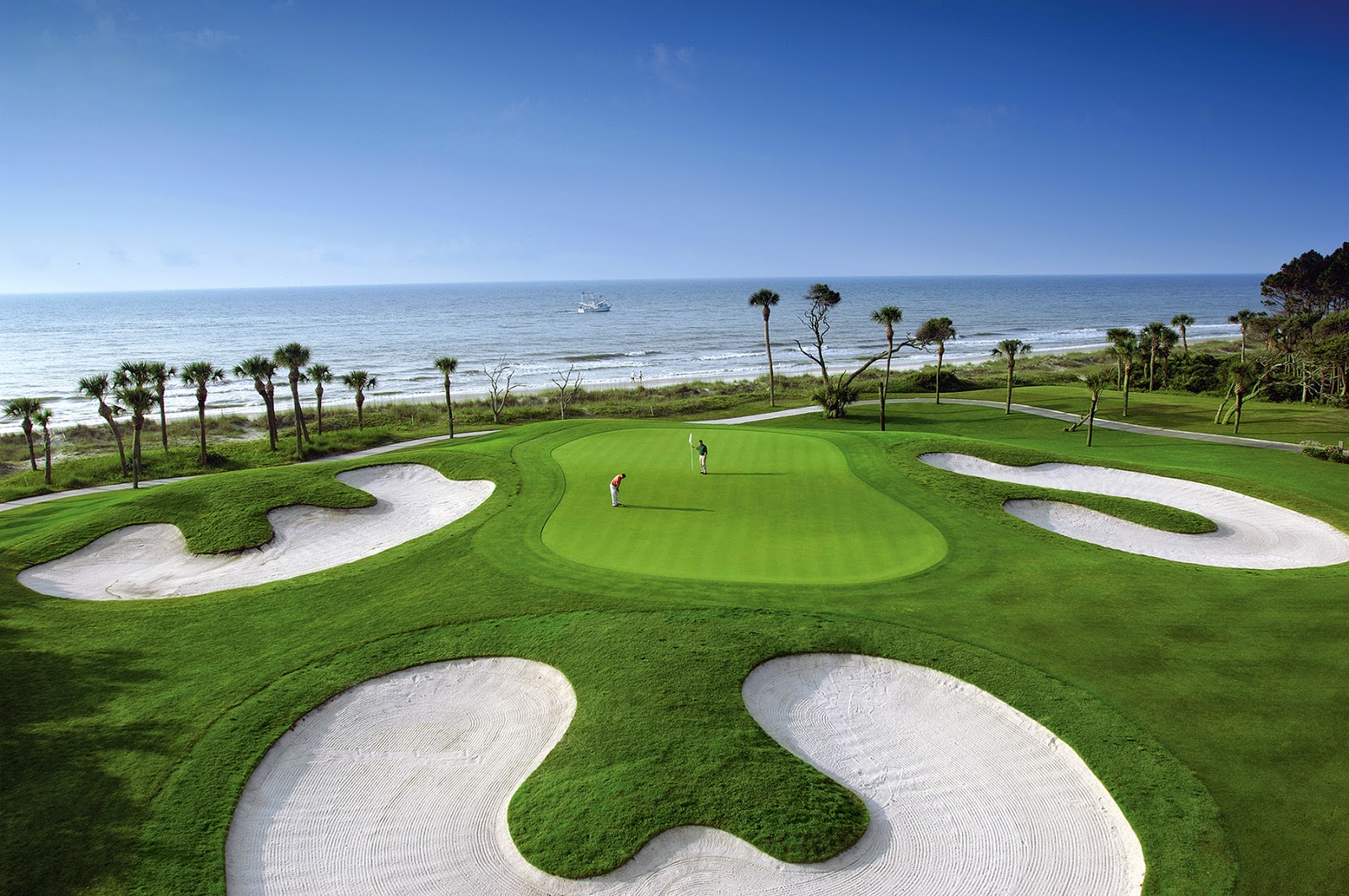 As some of golf’s greatest champions like Tiger Woods and Phil Mickelson can attest, there is no better time than autumn for world-class golf at the Palmetto Dunes Oceanfront Resort on Hilton Head Island

It was the the mid-1990s when Stanford’s rising star, Woods, hit what he referred to as one of his greatest shots ever en route to an eagle on the par-5 13th hole of Palmetto Dunes renowned Arthur Hills Course, which for years played host to the prestigious Golf World/Palmetto Dunes Collegiate Invitational.

A few years earlier, Arizona State’s Mickelson had driven the green at the dogleg-left, 380-yard, par-4 17th, a hole crisscrossed by a lagoon left of the fairway and short of the green.

Woods, on the other hand, made a quadruple bogey eight on 17 — one of the toughest golf holes on Hilton Head Island — in one of the few lowlights in his illustrious two-year college career.

Indeed, while Hilton Head Island is a four-season golf getaway for families and buddy trips alike, during the Fall months the resort overflows with reasons to play golf. And just to play, period.

A 2,000-acre resort stretching across three miles of Atlantic Ocean beach, Palmetto Dunes Oceanfront Resort features three world-class golf courses and an award-winning tennis center, plus an 11-mile lagoon, an Outfitters Shop and one of the best beaches on the eastern seaboard. In addition, the resort’s Shelter Cove Harbour & Marina provides some of the island’s finest waterfront shopping and dining, along with seasonal entertainment and water sports and activities for the entire family.

“The three Palmetto Dunes golf courses receive a lot of attention, not just from golfers but from the professional staff which keeps them immaculate,” said Brad Marra, Vice President of Resort Operations. “All the courses twist and turn among lagoons and marshes. It’s not a stretch to say that you have to see it to believe it.”

The Robert Trent Jones Oceanfront Course has been rated by readers of Golfweek magazine among the best courses in the Southeast. Its signature hole, the dramatic par-five 10th, offers sweeping views of the Atlantic Ocean and is widely considered one of the most spectacular holes in the United States. One of only two oceanfront holes on Hilton Head Island, the course’s legendary 10th delights golfers of every skill level. In addition,  the Jones course is a “Certified Audubon Cooperative Sanctuary” for its commitment to providing a sanctuary for wildlife.

The George Fazio Course, the island’s only par-70 course, is regarded by many golfers as Hilton Head Island’s most challenging championship course. Designed by George Fazio, whose name it proudly bears, the Fazio Course has been ranked among America’s Top 100 Courses. The Fazio layout, which recently underwent a complete greens replacement, demands a combination of long play and precise golf shots. From its 432-yard 1st hole to its 462-yard 18th hole, the Fazio Course plays 6,873 yards from the championship tees.

The aforementioned Arthur Hills Course, where Tiger and Philly Mac honed their talents takes full advantage of the natural beauty of this South Carolina sea island. Named the 2009 Course of the Year by the South Carolina Golf Course Owners Association, this spectacular layout represents a careful blend of beauty and challenge. Stands of palmetto trees line the graceful fairway.

Palmetto Dunes Oceanfront Resort caters to golfers of all level, having installed permanent junior tees on its Robert Trent Jones golf course, while the George Fazio course caters to juniors with markings of 150 yards or less. In addition, kids play free at the Robert Trent Jones Hilton Head golf course and the Arthur Hills golf course after 4 p.m. with an adult paying regular rate. There are free club fittings performed by Rod Thompson and golfers can play the latest demo clubs from TaylorMade, Nike, Titleist and Cleveland.

Hilton Head Island is world-renowned for its golf and its beaches, and Palmetto Dunes has both in abundance. It also has Doug Weaver, a former PGA TOUR professional and the highly respected director of instruction for Palmetto Dunes. Doug Weaver knows golf – and Hilton Head golf – as well as anyone and his free Monday golf exhibition every week is a popular attraction.

Palmetto Dunes proves a most popular group golf destination given the variety of its courses, accommodations, amenities and special programs ideal for the golf buddy getaways or corporate outings.  The Ryder Cup Group Golf Package is available for groups of 12 or more and includes three rounds of golf, breakfast, three nights stay, team shirts and more and starts at $589 per person.

The resort also offers a variety of other golf, accommodations and activities packages. Three-round stay-and-play packages start at $135 per person per night (quad occupancy) and drop to $108 for two rounds over the three nights.

The Monthly Golf Membership provides guests with a 30-day golf pass for all three championship golf courses, along with discounts at the golf pro shops, golf grills and more starting at $650 for a single and $1,080 for a couple. Hilton Head Outfitters offers month-long bike passes starting at $49.99, as well as weekly passes for kayaks, canoes and paddleboards. The Monthly Stay & Sports Membership puts everything together by offering 30-days of accommodations, 30 days of unlimited golf, 30 days of bike rentals, two 2-hour kayak rentals and two hours of tennis court time daily. Rates start at $1,434/per person per month.

For more information about Palmetto Dunes Oceanfront Resort and its many different fall golf packages, call 877-567-6513 or visit www.PalmettoDunes.com.
Posted by Blogger at 7:33 AM