(Norman, OK) — When the greatest senior golfers in the world gather in two weeks for the 2014 U.S. Senior Open at Oak Tree National in Edmond, Oklahoma, they will be testing their game on one of Pete Dye’s best courses, thanks to the recent renovation work by Tripp  Davis and Associates. 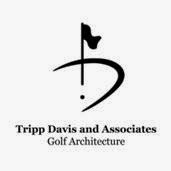 “The golf course at Oak Tree National went through a variety of design changes over the years since Pete first designed it,” said Davis.  “We were brought in to regain the best of its original Pete Dye character and we think the pros will be very pleased with the final outcome.”

Davis and his team worked to return the features of the course to its original form adding a few enhancements for the modern game.  All tees and bunkers were rebuilt and strategically restored.

“The greens and greens surrounds were what made Oak Tree so strategic and we like what we recaptured,” commented Davis who credits Scott Verplank, Bob Tway, Willie Wood, club owner, Everett Dobson and project shaper Bill “Hollywood” Willingham as part of the team who provided ongoing input on changes throughout the course. “It can still be the toughest course in the country, but it is very strategic and option oriented,” said the former All-American from Oklahoma University.

For more information about Tripp Davis and Associates, please visit the website at www.tdagolf.net or call 405-447-5259.
Posted by Blogger at 9:58 AM