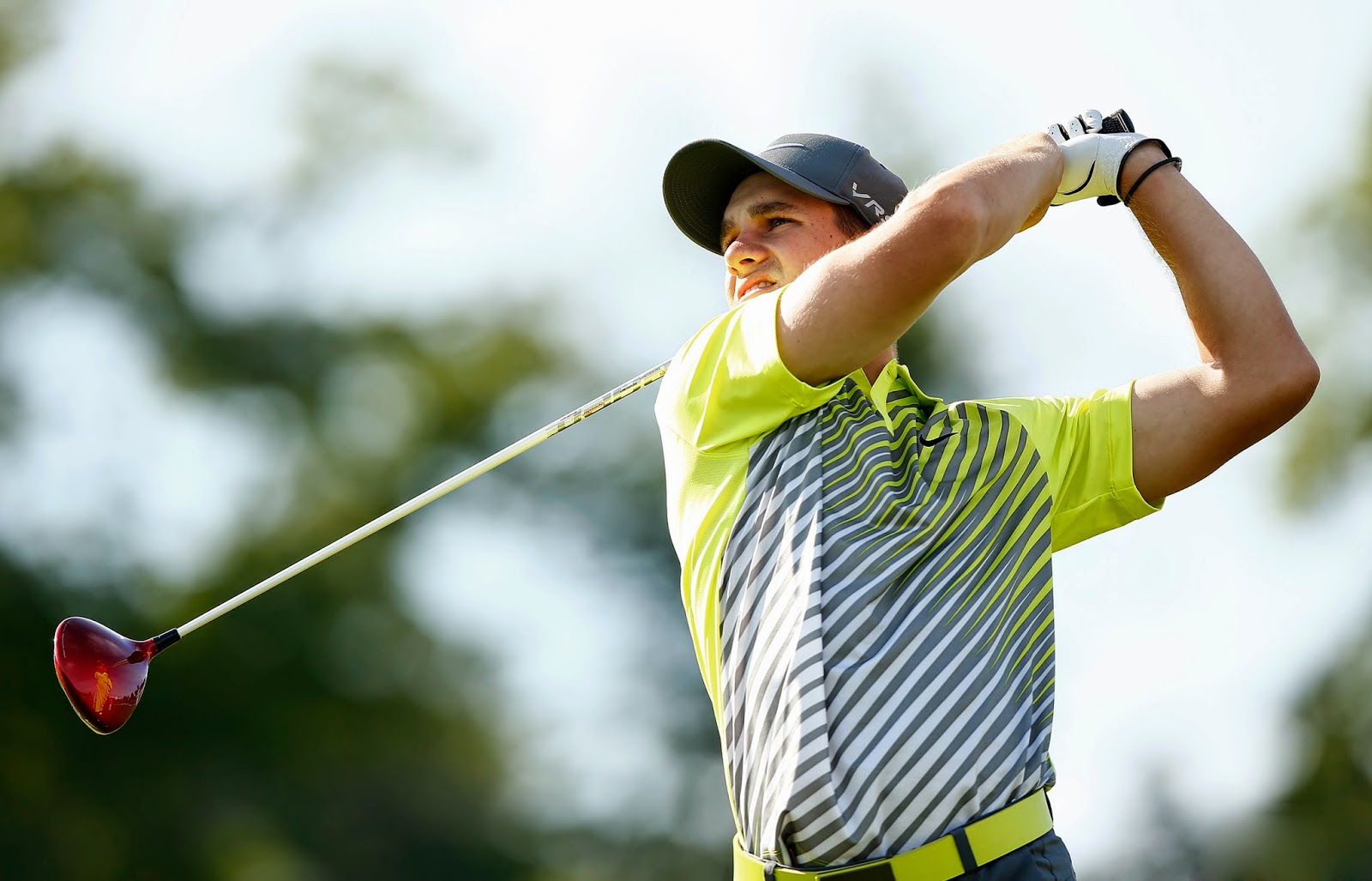 The 21-year-old, who was recently named the winner of the 2014 Haskins Award – given to the outstanding collegiate male golfer of the year – in addition to this year’s Ben Hogan Award and Jack Nicklaus Award, will use Nike Golf clubs, ball, footwear, glove, bag, apparel, headwear and accessories. Rodgers will make his professional debut as a Nike Golf Athlete at the Travelers Championship June 19-22 in Cromwell, Conn. He joins an elite group of fellow Nike Athletes who are also Haskins Award winners, including Tiger Woods, Kevin Chappell, David Duval, Russell Henley, Jamie Lovemark and Bob Tway.

Since switching to Nike Golf equipment earlier this year, Rodgers has won five out of his last seven college tournaments.

“Nike has always been behind the most elite players in every sport. To be joining the Nike stable is exciting because I know I am joining the best,” said Rodgers. “I was thrilled with the immediate impact the Nike equipment had on my game and I am excited for the future knowing I am aligning with the premier company in sport and golf.”

A three-time NCAA Division I All-American and 2014 PAC-12 Player of the Year at Stanford University, Rodgers broke the school record for lowest career stroke average of 71.1 set by Woods, with a 70.33 average score, and tied Woods’ all-time wins school record with 11 victories. A member of the 2011 and 2013 U.S. Walker Cup teams, the Avon, Ind. native also set a single-season scoring record this year of 69.4.

“Patrick’s phenomenal college career and outstanding achievements as an amateur make us excited and proud to welcome him to the Nike Golf family,” said Mark Thaxton, Senior Director of Global Sports Marketing Operations. “He is a tremendous athlete with a passion for sport and the Nike Brand, and we look forward to being a part of his continued success as a professional.”