(TRONDHEIM, NORWAY) - Swing Catalyst, the complete swing analysis system used by instructors, coaches and golfers around the world, was recently installed by the Scott Hamilton Golf Academy in Cartersville, Ga. 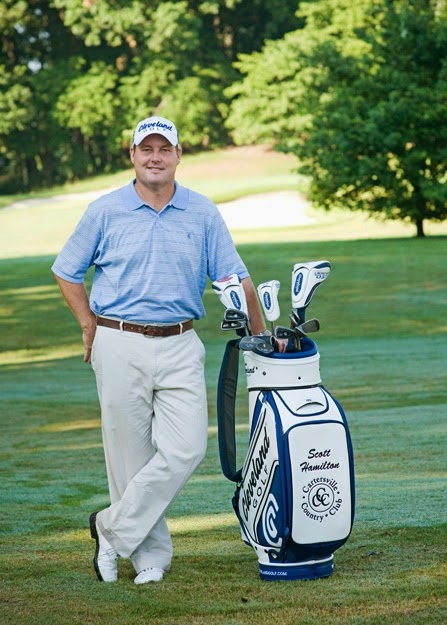 Hamilton is the PGA Director of Golf and Instruction at Cartersville Country Club, located in the foothills of northwest Georgia. Over the years, he's worked on the swings of many PGA Tour pros, and currently teaches Boo Weekley, Tim Herron, Will Claxton, Steven Bowditch and Scott Brown.

Now, he's thrilled to add Swing Catalyst to his armor.

"It blows me away at how detailed and visually compelling this system is," says Hamilton, the PGA of America's 2007 Georgia Section Teacher of the Year. "It shows me parts of the swing I've never seen captured before by any other system."

Tom Christian, marketing manager for Swing Catalyst, says Hamilton is just the latest in a slew of top instructors to add Swing Catalyst to their facility.

"We've had a great year so far, and getting our equipment into top-caliber facilities such as Scott Hamilton Golf Academy bolsters our reputation even more," says Tom. "It's great to know that some of the top players in the world are relying on our system."

Initial Force AS is a Norwegian company that was established in 2006, with the goal of developing an easy-to-understand and simple-to-use motion analysis system for golf instruction. Previously this type of data was only available at high-end research facilities, Olympic training centers, and advanced university sports laboratories. The results of the endeavors led to the development of Swing Catalyst, a revolutionary new technological system for golf training that integrates the unique Swing Catalyst 3D Motion and Balance Plates, multiple high-speed cameras and the most-popular ball flight and club tracking devices.

For more information: www.swingcatalyst.com
Posted by Blogger at 4:54 PM