“We expect ‘low and forward CG’ to represent the next great innovation in metalwood performance,” said Sean Toulon, Executive Vice President. “With our SLDR and JetSpeed products, we’re giving golfers of all types the opportunity to increase their launch angle and reduce their spin-rate, which ultimately leads to more distance.”

The First Driver with a Speed Pocket 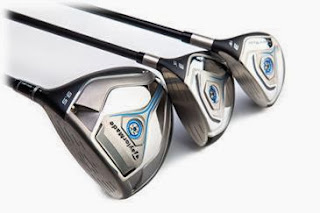 The Speed Pocket was originally designed to increase the speed at which the clubface flexes and rebounds to promote faster ball speed.  Why put a Speed Pocket in a driver, since the face is already as fast as the USGA will allow? TaylorMade engineers discovered that incorporating a Speed Pocket into the JetSpeed driver promotes less spin, as well as greater ball speeds on shots struck below the center of the clubface. Research suggests 72% of all golf shots are hit below the center of face, so the JetSpeed driver is designed to minimize the ill effects of shots struck below center.

“With most drivers, low impact generates too much spin, making the ball fly too high and land short,” said Brian Bazzel, TaylorMade’s Senior Director of Metalwood Creation. “JetSpeed’s Speed Pocket is engineered to dramatically reduce that added spin to promote more distance on that very common type of mis-hit.” 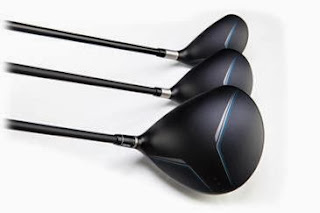 JetSpeed fairway woods and Rescue clubs each incorporate a radically redesigned Speed Pocket that’s smaller and accounts for less weight, while remaining just as efficient at boosting the speed of the clubface.

The improved Speed Pocket is filled with a polymer that keeps debris out, improving turf interaction while absorbing unwanted vibration without slowing down the clubface.

The weight saved by the new Speed Pocket design is redistributed strategically within the clubhead to move the CG lower and more forward, a location that TaylorMade has proven promotes faster ball speeds and lower spin. JetSpeed fairways and Rescues reduce spin by 200-300 RPM compared to previous models to promote more distance.*

JetSpeed fairways and Rescues also feature a low-profile head design that makes it easier to make contact with the clubface below the ball’s equator, making it easier to launch the ball on a high, long-carrying flight and easier to get the ball in the air off the turf. The combination of low-profile head design and Speed Pocket work together to make JetSpeed fairway woods the longest and most playable fairways TaylorMade has ever created.** 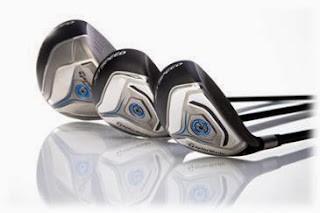 Available in the JetSpeed driver, TaylorMade’s Loft-Sleeve technology allows golfers to adjust the loft 1.5° up or down to dial in their optimal launch conditions. In the past, better players have been reluctant to play higher lofted metalwoods because of an increased spin rate. However, the new low-forward CG location dramatically reduces spin and results in greater distances with higher lofted clubs.

Shaft, Pricing & Availability
Equipped with the Matrix Velox T 49 shaft (46”), the JetSpeed driver is available in three lofts – 9.5°, 10.5° and HL (13°). Loft Sleeve Technology allows golfers to easily adjust their loft +/- 1.5° to find their optimal launch conditions. The manufacturer’s suggested retail price is $299 per club. An upgraded TP shaft, the Matrix Velox 60, is also available for a $100 upcharge.

JetSpeed metalwoods will be available at retailers nationwide starting December 13.