(Coral Springs, FL) - Caddy For A Cure announces Cline Cellars as an integral sponsor of its 7th annual fundraiser golf tournament, The Liberty Mutual Invitational benefitting Caddy For A Cure. The event will be held Monday, December 9th, 2013 at the Parkland Golf Club in South Florida. The event is to help Caddy For A Cure support the fight against the blood disorder, Fanconi anemia, and to provide support and recognition to combat wounded veterans. 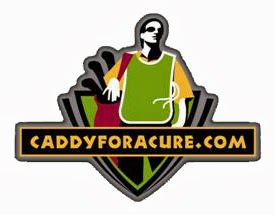 Located in the Carneros region of Sonoma County California, Cline Cellars has consistently produced some of northern California's most distinctive Rhône-style wines and intense, flavorful Zinfandels, many with 90+ point ratings from Wine Spectator. Since 2000, Cline Cellars has farmed the Green String way - naturally and sustainably avoiding chemical pesticides, fungicides, and fertilizers that are generally used in everyday farming. They believe they utilize the most efficient methods towards retaining healthy vineyards by employing the use of organic cover crops, compost teas, crushed volcanic rock and oyster shell, natural mined sulfur and sheep grazing.

To raise awareness of and generate support against Fanconi anemia, Caddy For A Cure will have a family affected by the blood disorder with two of their five children talk about Fanconi and its impact on their lives. Additionally, Caddy For A Cure is bringing in a group of combat wounded veterans for the event and has partnered with American Fallen Soldier to recognize and honor Army Sgt. Thomas Bohall. Infantryman Bohall, along with five other soldiers in his unit, died May 26, 2011 in Afghanistan from an IED attack from insurgents.

Caddy For A Cure CEO and program founder Russ Holden said "We are so grateful to Cline Cellars who is making it possible for us to host an event where our guests can enjoy the great game of golf while supporting worthy causes. Cline Cellars not only produces excellent wines, but they have a huge heart for helping others in meaningful ways." He continued, "Although fundraising is our primary goal for the tournament, we will definitely encourage our guests to explore the portfolio of value-priced wines from Cline Cellars."