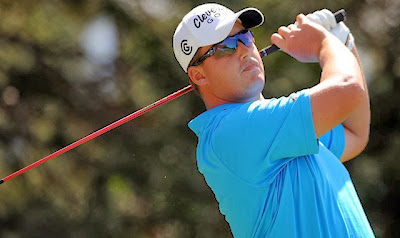 (HUNTINGTON BEACH, CA) – Cleveland Golf/ Srixon congratulates staffer Michael Putnam for being named the 2013 Web.com Tour Player of the Year in a vote by his fellow competitors.

Putnam, a two-time winner during the 2013 Web.com Tour season, finished the Regular Season No. 1 in earnings with $450,184.  His back-to-back victories at the Mexico Championship and Mid-Atlantic Championship made Putnam one of only eight players in the history of the Tour to win on consecutive calendar weeks.  In addition to his two victories, Putnam also finished tied for second at the South Georgia Classic and tied for third at the Albertsons Boise Open.  Putnam ended his 2013 Web.com season with a total of nine top-10s and 14 top-25s, while making the cut in 19 of his 23 starts.  He will be fully exempt next year on the PGA TOUR and has also earned a spot in next May’s PLAYERS Championship.

“I am honored to be voted Player of the Year by my fellow players,” added Putnam. “I truly believe this past season on the Web.com Tour has prepared me for success on the PGA TOUR. The Web.com Tour is an excellent tour that has incredibly talented golfers who are also really good guys. It features great tournaments, sponsors, volunteers and Tour staff, all of whom I'd like to thank for what they did to help me and the rest of the players week-in and week-out this year.”

A 30-year-old native of Tacoma, Wash., Putnam plays Cleveland woods, irons and wedges, and uses the Srixon Z-STAR golf ball. He will wear a Cleveland hat and a Srixon glove and carry a Cleveland bag.

Prior to turning professional in 2005, Putnam attended Pepperdine University and was a three-time All-American. He helped the U.S. team to victories in both the Walker Cup and Palmer Cup in 2005. His older brother, Joel, is his caddie, and his younger brother, Andrew, plays on the Web.com Tour.

For more information on Cleveland Golf, Srixon, and Never Compromise or their staff players, visit www.clevelandgolf.com, www.srixon.com, and www.nevercompromise.com.