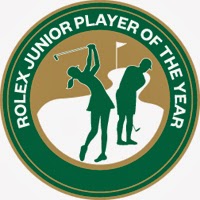 Introduced by the AJGA in 1978, the Rolex Junior Player of the Year award recognizes one boy and one girl who had the most outstanding year in junior golf events at the national level. Past recipients have gone on to become some of the most esteemed players on the PGA and LPGA Tours, including Tiger Woods, Phil Mickelson, Charles Howell III, Hunter Mahan, Brian Harman, Jordan Spieth, Vicky Hurst, Inbee Park, Paula Creamer and Morgan Pressel.

Scheffler, 17, is the third Dallas native to be named Rolex Junior Player of the Year, five years after Jordan Spieth became the second. In July, Scheffler joined the same category as Spieth when he became the fifth Texan to win the U.S. Junior Amateur Championship. That victory moved him to the No. 1 spot in the Polo Golf Rankings, a seat he has held since July 30, 2013.

About Alison Lee's 2013 Season
Lee, 18, added her name to an accomplished list of AJGA alumni as she closed her junior career with a bang. Since her AJGA debut in 2007, she accrued nine victories, four at AJGA Invitationals, six runner-up finishes and six years as a first-team Rolex Junior All-American.

After her second-round appearance at the Polo Golf Junior Classic in November 2012, Lee opened the year with a victory at the Rolex Girls Junior Championship in June. The following week, she won the ClubCorp Mission Hills Desert Junior for the second time and she tied the AJGA girls record for lowest 18-hole round when she fired a first-round 9-under-par 63.

Lee was integral to the success of match play squads in 2013. In January, she helped the four-man squad from the West capture the Winn Junior Cup Challenge. She was a member of the victorious West Team in July, making her third appearance at the Wyndham Cup. For her final AJGA event, Lee helped the U.S. squad win its third-straight PING Junior Solheim Cup.

Lee is currently a freshman at UCLA and recently notched her first collegiate victory at the Betsy Rawls Longhorn Invitational.

About Scott Scheffler's 2013 season
Scheffler, 17, finished within the top 10 in all 2013 starts, including two runner-up finishes. He claimed the No. 1 spot in the Polo Golf Rankings in July, after winning the U.S. Junior Amateur Championship.

As the No. 1 seed after stroke play at the Polo Golf Junior Classic in November 2012, Scheffler advanced to the final match, losing to Adam Wood, 3 and 1. Looking for his inaugural junior title, he tallied a string of consecutive runner-up finishes at the Jones Cup Junior Invitational in December, HP Boys Championship at Carlton Woods in February and the Thunderbird International Junior in May.

After finishing T10 at the Rolex Tournament of Champions, Scheffler's breakout performance came at the U.S. Junior Amateur Championship. Scheffler defeated Davis Riley, 3 and 2, to become the fifth player from Texas to win the event since Hunter Mahan in 1999, the same year Mahan was crowned Rolex Junior Player of the Year. Other Texas included AJGA alums Matthew Rosenfield (2000), Cory Whitsett (2007) and 2009 Rolex Junior Player of the Year Jordan Spieth (2009, '11).

A three-time Rolex Junior All-American, Scheffler represented the West for the third time at the Wyndham Cup, compiling a 7-4-1 career record. The Texas verbal commit closed the 2013 season with a sixth-place finish at The Junior PLAYERS Championship presented by TaylorMade-adidas Golf.