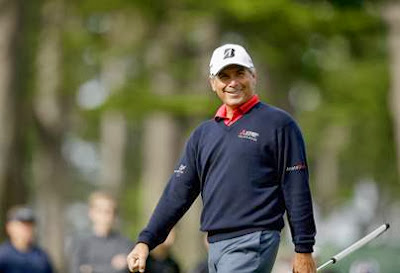 Victory is Couples’ Ninth Since Joining Champions Tour in 2010

(CARLSBAD, Calif.) – After four runner-up finishes this season, Ashworth Golf brand ambassador Fred Couples broke through and ended the season in style in the final Champions Tour event of the season, running away to win the Charles Schwab Cup Championship at TPC Harding Park in San Francisco after posting a 65-65-68-69-267 total.

An Ashworth ambassador since 1990, Couples' win is his first Champions Tour victory of the year and his first since July 29, 2012, when he claimed the Senior Open Championship. With the victory, Couples finishes 3rd in the final Schwab Cup point standings, having played in only 15 events on the Champions Tour schedule.