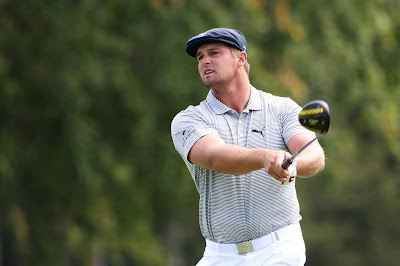 DeChambeau Demonstrates Power, Control and Feel While Taking the Game to a New Level

(COVINGTON, GA) – Bridgestone Golf’s long-hitting sensation, Bryson DeChambeau, pushed the game of golf to new levels, recording an average driver distance of 325 yds, the longest-ever for a US Open Champion, on the way to his first Major victory at the storied Winged Foot golf course. As the only player to finish in red-figures, DeChambeau demonstrated jaw-dropping power, complemented by control and feel, with the Bridgestone Tour B X golf ball rising to meet the demands of golf’s newest phenom. The come-from-behind win marks the 8th victory of the young star’s career and his first Major Championship.

Using Bridgestone Golf’s TOUR B X with REACTIV cover technology, DeChambeau carded the only under-par final round of the tournament, besting Winged Foot with incredible distance, matched only by his balanced touch around the greens as he navigated the deep rough and lightning-quick surfaces that were exceptionally difficult and forecasted to produce a winning score of “plus-8” at the beginning of the week by the hosting Director of Golf Courses.

“Watching Bryson win the first Major of his career is exhilarating, it’s a new game,” said Dan Murphy, President & CEO of Bridgestone Golf. “We have a front row seat to how hard Bryson works, and we know how badly he wants to win. Our investment in R&D, testing and, ultimately, unmatched performance is what it takes to guarantee the kind of ball that Bryson demands. Bryson hoisted the US Open Trophy on Sunday, but this major championship was won in the weeks, months and years leading up to this moment. We’re incredibly happy for Bryson and look forward to many more victories together.”

The TOUR B golf ball series is a result of Bridgestone’s continued commitment to providing premium tee-to-green performance to players of varying swing types. Bridgestone owns over 800 golf ball patents and fully leverages the company’s heritage of excellence in polymer science worldwide to design the industry’s most cutting-edge golf balls.

For more information on Bridgestone Golf’s award-winning TOUR B family of golf balls, which are engineered to offer the right fit for your play regardless of swing speed, and the entire Tour team that relies upon them, visit www.bridgestonegolf.com.