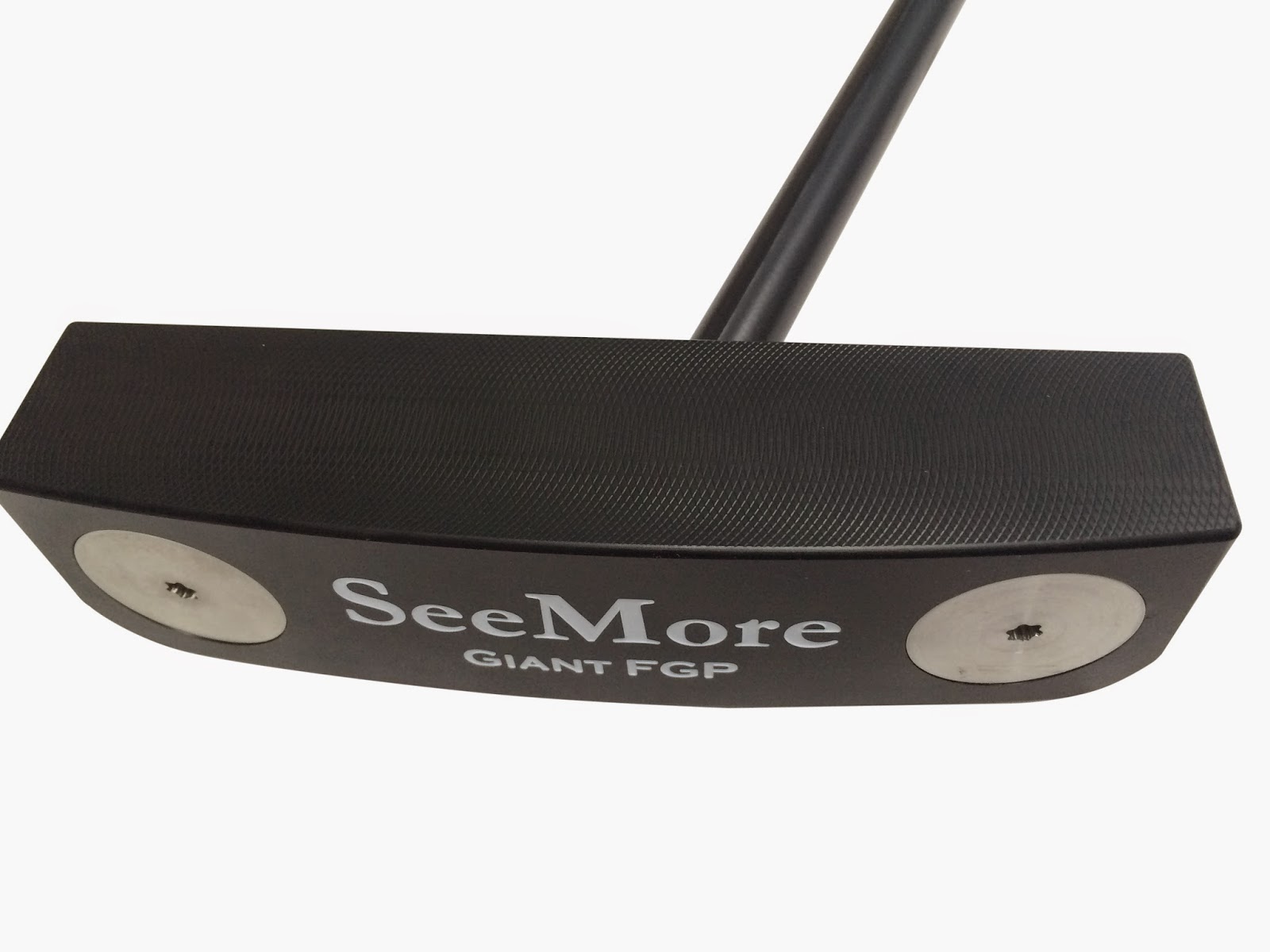 (Franklin, TN) – The SeeMore Putter Company is launching the next giant thing in golf. The GIANT FGP.

“The GIANT FGP started off as a project to create a putter that took everything we knew about putter technology, alignment, and the perfect putting stroke, and enhanced it in every way possible,” stated Jim Grundberg, CEO.  “What we ended up with is a design that is very familiar, yet shockingly different at the same time. We literally created a giant size FGP, which functions exactly like the original FGP, just better. It is easier to align, more forgiving, better balanced, and feels great.  And the face is balanced to the plane of the stroke, meaning it naturally squares to the target line, just like all of our FGP family of putters.  Simply stated, it is more fun to putt with!” 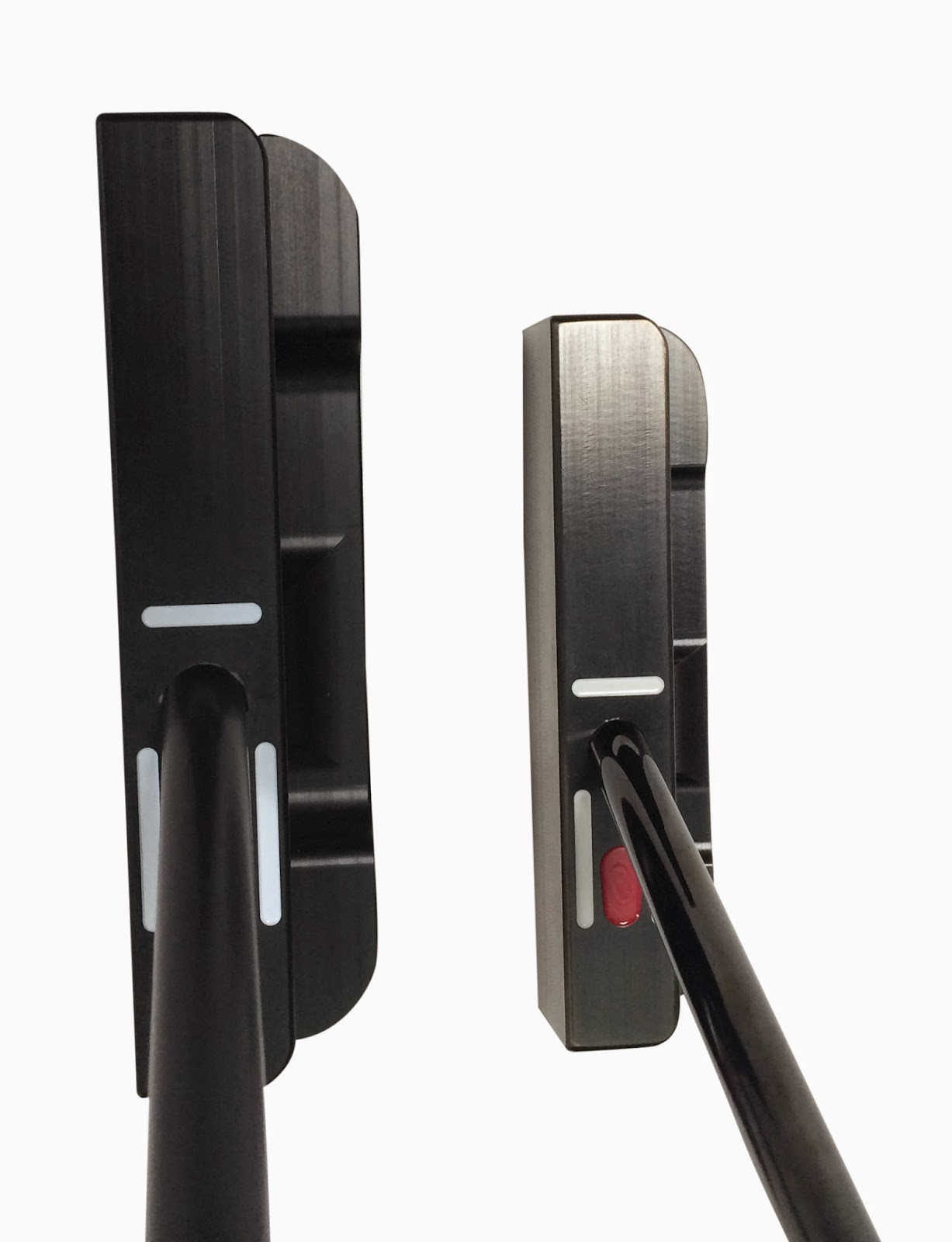 But first some background on the FGP.  The FGP design is SeeMore’s most recognizable product, the flagship shape for the brand and the winning putter of 2 Major Championships and over 20 PGA Tour events in its 15-year history.  The FGP putter design features many unique technical and functional properties that lead to an unsurpassed bundle of performance benefits. The FGP putter is easy to align with its large blade design and its unique RifleScope alignment Technology (RST) system.  And the FGP’s unique straight shaft near center design means the head is perfectly balanced to the plane of the stroke path, meaning that the putter face will be naturally square or “on plane” at all times during the putting stroke.

With an FGP putter, a golfer is able to dramatically improve their putting by using the simple built in inherent alignment and stroke benefits of the putter to create a more simple, perfect, repeatable alignment system and putting stroke.

The FGP helps the golfer to set up square to the intended target line and promotes a simple putting stroke where the putter swings naturally. In this way, there’s no manipulation required with the hands or wrists to get the putter square.

So how did SeeMore finally improve on the classic flagship FGP design?  We went bigger.  Way bigger!  Introducing the new Giant milled FGP.  It is 28% larger than an FGP on each dimension.  The volume in ccs is 2.5 times a standard milled FGP. The Giant FGP is easier to align the face square to the target line.  And it is easier to align the putter square to the golfer’s set up (the major benefit of RST technology), due to the oversize RST alignment markings on the top line of the putter head, and the oversize shaft diameter.  And it is more forgiving, with a higher moment of inertia, and extreme heel/toe weighting, with milled stainless steel weights. “When putting with the Giant FGP you are able to feel and see the putter work on the correct path with ease,” stated, SPi Director of Instruction and PGA Professional, Ted Gallina, “the larger head maintains the simple benefits of the FGP while enhancing the feeling of Face Balance to Impact – in other words get out of the way and let the putter work for you.” 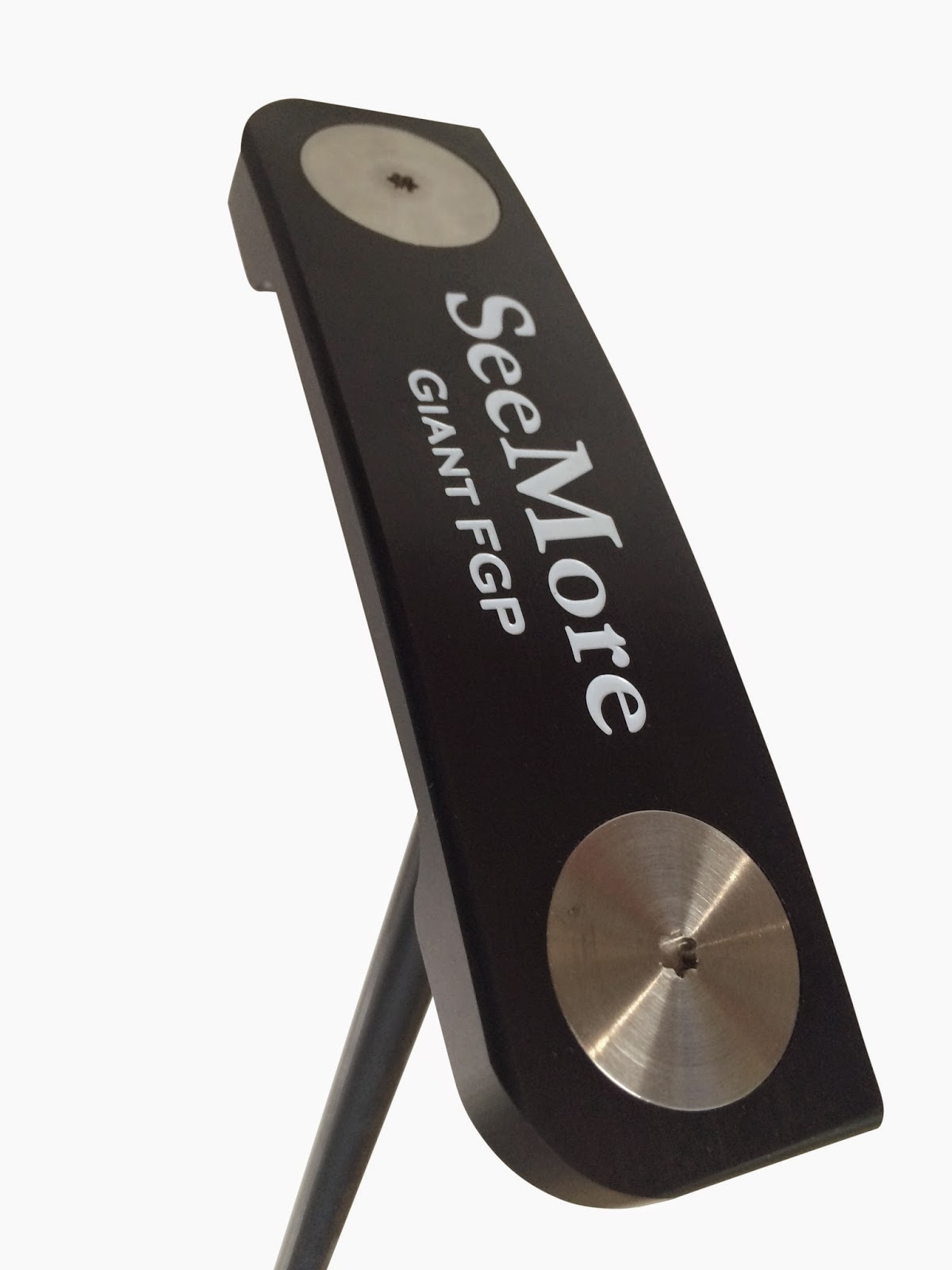 Benefits of the GIANT:
* Increased stability and forgiveness. Higher MOI
* Larger RST and top sight line for more accurate alignment
* Longer blade length=easier to square the putter to the intended target line
* Enhanced the feel of keeping the putter on the correct path, “Face Balance at Impact.”
* Larger sweet spot for mis-hits
* Great feel with precise manufacturing of 100% Milled Aluminum and 2 milled stainless steel sole weights
* Retains all the game improvement benefits of the FGP
* Better feedback for setup and stroke

But most of all, it still maintains the same great dynamic benefit of the original FGP, that of being Face Balanced at Impact or Balanced and Square to the stroke Plane.  Meaning the putter always wants to be square at impact, leading to more putts perfectly on line.  "When talking about the balance of the Giant FGP and how it relates to forgiveness - think about tightrope walker, Nik Wallenda,” stated, SPi Lead Instructor and TOUR Rep., Cody Hale, “He uses a longer pole for better balance.  A longer blade gives more stability therefore increasing forgiveness and more likely to make a better stroke time after time.  It raises the ceiling for all putters."

Here are some technical details of the GIANT FGP
The length is 5.75 inches, depth is 1.6 inches, and face height is 1.4 inches, so while it is exactly to scale vs. the original FGP blade, each of these measurements is 28% larger than the original, meaning that the overall putter volume in terms of square inches of the milling block is over 2.5 times that of the original FGP.

Head weight will be adjustable from 365 grams to over 400 grams when used in a counterbalanced version.

Retail price is $250.  The Giant FGP will initially be available March 2015.  The GIANT FGP may be special ordered by any golfer from any golf pro shop, as with any SeeMore putter.

The Giant FGP is a true game improvement putter. After 15 minutes of rolling the GIANT milled FGP, its giant size may just seem like the most natural thing in the world.

SeeMore Putter Institute
SeeMore has launched the SeeMore Putting system to golfers in the form of introducing the SeeMore Putter Institute (SPi), where golfers and instructors will be able to come together in person and online to share these fundamental ideas about how to improve putting performance.  Presently over 315 global instructors are utilizing SPi to generate more lessons, more revenue and more game improvement!

SPi is a learning system based on the simple fundamentals of finding the proper grip, alignment, stance, and posture.  This allows for a natural, free, and simple putting stroke on each and every putt.  It is based on the technology built into the SeeMore putter itself, and on the refined teachings of SeeMore Global Ambassador Pat O’Brien. O’Brien has worked with Zach Johnson, and many other PGA Tour and developing players.  O’Brien has been teaching the SeeMore System around the world for more than 14 years, ever since he watched his good friend, the late Payne Stewart benefit from the SeeMore putting system to win 1999 US Open and lead the tour in putting statistics that year.

Becoming SPi Certified will help golf teachers formulate a complete teaching plan to help their existing students and recruit new students to become great putters using the SeeMore system that has won 2 Major Championships and set numerous putting records on the PGA Tour.  It is a complete game plan, which will give any golf instructor a new level of confidence in the proper teaching and fitting involved in putting instruction. Becoming certified to teach the system initially consists of online training, but also includes personal coaching. Contact us for more information about becoming a SPi certified staff member at putterinstitute@seemore.com or call 615-435-8015.

RST TechnologySeeMore’s patented RST, known by a visible gun sight on the top line, allows the golfer to set up the putter perfectly each and every time in relation to the intended target line. This is accomplished by lining up the black bottom portion of the shaft between two white lines and covering a signature red dot on the heel of the top line.  The process is like locking radar onto a target.  The two parallel white sight lines frame the shaft and serve as an indicator that the golfer is in perfect position to make a consistent and reliable stroke.

SeeMore FactsSeeMore originally became recognized when Payne Stewart won the 1999 U.S. Open playing a SeeMore putter in the greatest final round putting performance in US Open History.  The brand was re-launched in 2007, and immediately regained worldwide prominence as Zach Johnson used a SeeMore FGP to win the 2007 Masters. SeeMore’s website at www.seemore.com and http://www.seemoreputtersblog.com has many new features about SeeMore’s remarkable legacy, technology, and tour success. SeeMore putters are custom made in Franklin, TN.
Posted by Blogger at 3:55 PM