(Orlando, Fla.) – San Diego State alum Wilson Bateman, out of Lake Nona, Fla., led from beginning to end, posting the best rounds of the day the first two days and a 3-under par final round to finish at 14 under par for the event, six better than his nearest competitors. 2014 SwingThought.com Tour Player of the Year Dominic Bozzelli, who starred at Auburn, finished at 8-under par and in a tie for second with Canada’s Riley Wheeldon, who starred at Louisville. 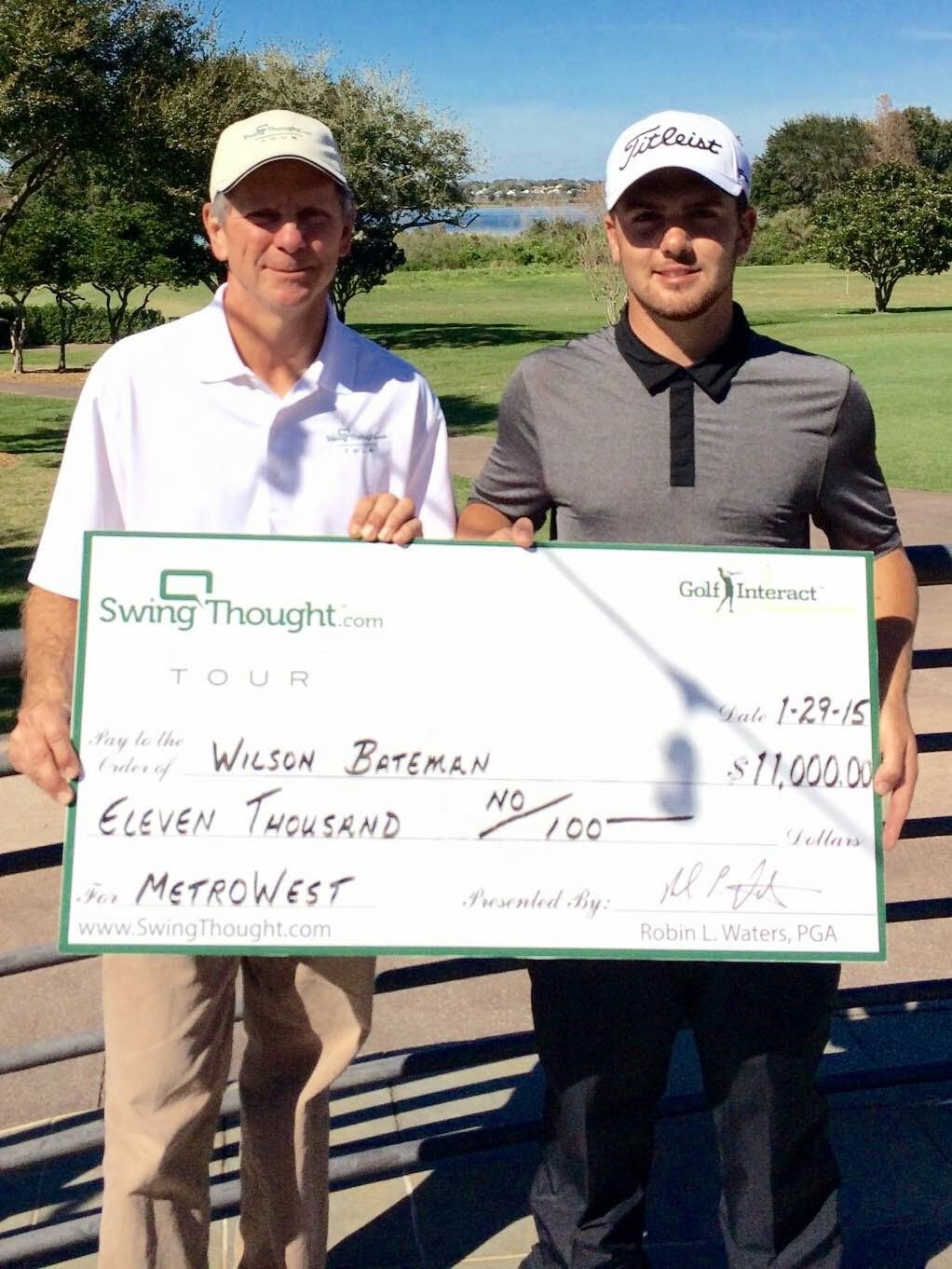 Bateman received $11,000 for the win while Bozzelli and Wheeldon each received $4,600. The $40,000 Guaranteed Purse MetroWset event was the 5th Guaranteed Purse event of the SwingThought.com Tour Winter Series season, the first season in which the SwingThought.com Tour (formerly NGA/Hooters) has guaranteed “Winter” purses. The Winter Series heads to Timacuan next week followed by the season ending $50,000 event at Red Tail February 17th through 19th. The Top 60 Members from the Winter Series  will have first option to enter into the Red Tail event up til Friday February 6th. After that date, entries will be open to to 1st come 1st serve, members and nonmembers.

The SwingThought.com Tour is currently taking memberships for the upcoming 2015 Pro Series. Players may join by contacting the SwingThought.com Tour offices at 800-992-8748. The 2015 schedule consists of 16 $140,000 Guaranteed Purses events and 6 54-hole Q-School/Qualifier Prep events played primarily throughout the southeast and southwest running February through August. The sixteen (16) guaranteed purse events and over $2.5 million in purse money paid out will by far be the largest for a Pro Series in the United States for 2015.

For more information on the new SwingThought.com Tour visit swingthought.com (new site coming soon), ngatour.com, or call 800-992-8748.
Posted by Blogger at 8:25 AM