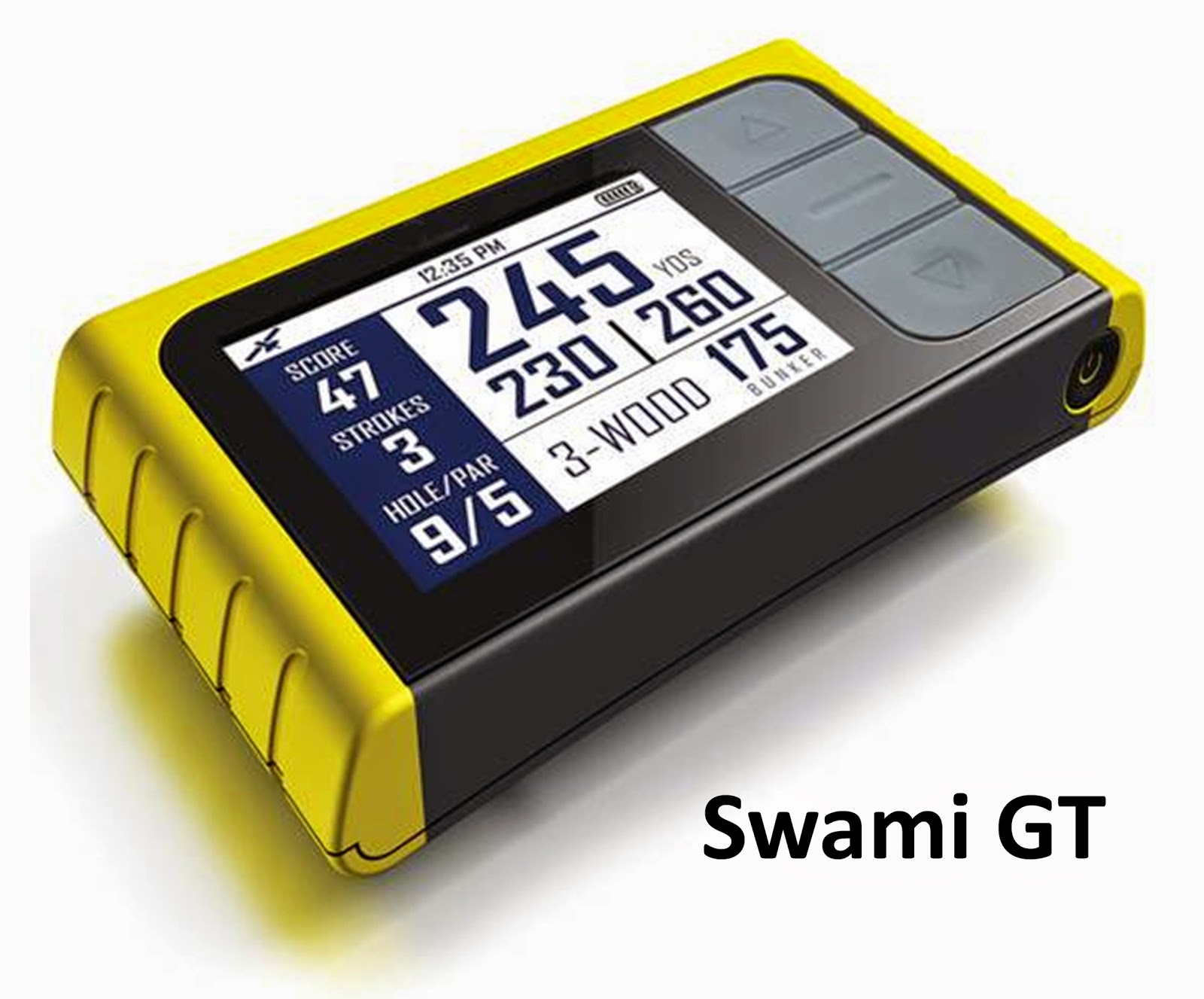 Game Tracker and GPS in one device at Booth 1663

(MACEDON, N.Y.)  – IZZO Golf will be launching the Swami GT with proprietary game tracking technology and GPS at the 2015 PGA Merchandise Show in Orlando Jan. 21-23.

The Swami GT is both a game tracker and a GPS unit all in one device. It comes equipped with 14 club tags that affix to the grip on each club. When in use, club information is sent from the club directly to the Swami GT. The Swami GT requires no manual inputting. The unique patent pending E-Caddie feature makes club recommendations based on your distance history.

The Swami GT tracks your round data including score, distance by club, greens in regulation, putts per round, and average driving distance that golfers can view on the GT after the round is completed.
An added feature is that golfers can plug the Swami GT into a computer, connect to an online portal, and then upload his/her round information. The data will be stored and can be analyzed over time to show the golfer’s progression. The cutting-edge online interface will also provide aerial views of each round, each hole, and each shot.

“The Swami GT is the only GPS unit with game tracking technology to deliver the yardage you need to hit the next shot and the knowledge you need for continuous game improvement,” said Dave Witkoski, VP of Marketing and Product Development. “The Swami GT is two units in one.  It’s not just a game tracker, it’s a game changer.”

The Swami GT comes with a one year extended limited warranty and doesn’t require annual fees or subscriptions.  The units’ rechargeable lithium-ion battery holds an eight-hour charge. The combination game tracker and GPS unit retails for only $199.99.

Stop by Booth 1663 at the 2015 PGA Merchandise Show in Orlando to get a closer look at the IZZO Golf’s Swami GT, Swami Sport, Swami 4000+ and other products.

For store locations and other information, visit www.izzo.com.
Posted by Blogger at 9:41 PM