(Jacksonville, FL) - Each week more and more Top Professionals from the PGA, LPGA and Champions Tour are choosing to put a Cure Putter into play. This past weekend, at the Barbasol Championship in Auburn, Alabama, Robert Garrigus used a Cure Classic Series putter to shoot Sunday's Lowest Round, a bogey-free 62, and finish T-11th. Garrigus Ranked #1 in Birdies for the tournament with 26 including 9 on Sunday alone. 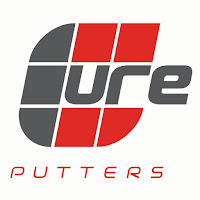 Garrigus finished T-4th at the AT&T Byron Nelson and T-8th at the Quicken Loans National earlier this season, and his finish at the Barbasol earned him a paycheck for $65,333.00 and 32 FedEx Cup Points. He's now earned $575,000.00 in his last 5 starts since he put a Cure putter into play.

Garrigus was interviewed by Golf Life Television at the Barracuda Championship in Reno recently and had this to say about Cure Putters, "It's a great putter and it's completely changed my career for the last month - just being able to be on the plus side of strokes gained putting. As soon as I put this putter in the bag, I made a cut and then finished in the top 25, then I finished in the top five,  I almost won Dallas. I had a good chance at congressional, I just didn't hit it as good but my putter kept me going in the Top 10. I was + 2.38 in putting - I don't think I've ever been that my career. That's huge! If I can have bad weeks in ball striking and still finish in the Top 10 like that, it just makes me smile. It's just awesome. I'm so excited. Everybody's asking me about it now that I'm playing well and putting well." Garrigus went on to say, "I've putted with a number of putters over the years, long short, I've probably done everything - It was really refreshing when I picked up the Cure putter. It's really nice, the roll is incredible... and once I picked one of these up, I started rolling putts in right away. That gave me confidence and confidence in the game is everything."

To see the entire Golf Life interview with Robert Garrigus click on this link: https://www.youtube.com/watch?v=Kf6RLGOac9s

"We'd like to congratulate Robert on another great week and strong finish on Sunday. We're thrilled to have him rolling a Cure putter and it's very exciting for us to see his putting stats improve as we follow his success each week on Tour. We wish Robert all the best and can't wait to see what the rest of the season holds," said Jim McCarthy, CEO of Cure Putters.

For more information on Cure Putters visit cureputters.com.
Posted by Blogger at 9:17 AM