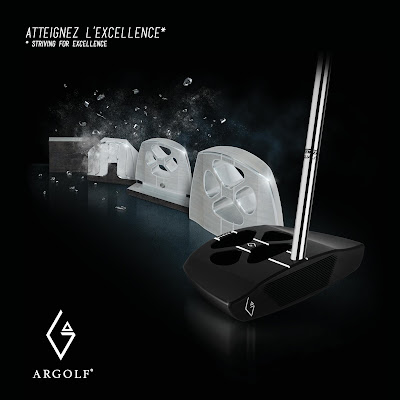 (JUPITER, Florida) – Argolf, a line of precision-designed putters (www.argolfusa.com), will be a sponsor of the 2016 South Florida PGA Pro-Scratch Championship, to be played July 29 on the East Course at Ballen Isles Country Club in Palm Beach Gardens, Fla. Argolf recorded its first win, at this year’s Insperity Invitational, a PGA Tour Champions event which was played May 6-8 at The Woodlands, Texas.

“We are pleased to serve as a sponsor of this year’s South Florida PGA Pro-Scratch Championship, featuring south Florida’s best players,” said Laurent-Alix Huguet, CEO of H4Distribution, which distributes Argolf putters across the U.S. “Professionals and amateurs alike are discovering the exceptional design of Argolf putters, featuring performance characteristics tailored to each individual golfer’s needs.”

At the South Florida PGA Pro-Scratch Championship, Argolf representatives will greet participants during registration and introduce the Argolf line of putters to them on the putting green. They also will schedule appointments with the pros for fitting days at their facilities over the winter months or for placing Argolf putters into their shops.
Posted by Blogger at 1:21 PM