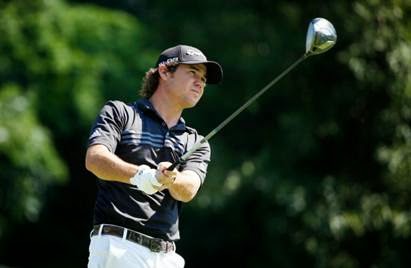 (Carlsbad, Calif.) – Seeking his first career victory on the PGA TOUR, TaylorMade-adidas Golf and Ashworth Golf Tour staffer Brian Harman (@harmanbrian) held off a number of the world’s top-ranked players, keeping his composure down the stretch to win the John Deere Classic at TPC Deere Run in Silvis, Illinois.

What You Need to Know:
· The win is 27-year-old Harman’s first on the PGA TOUR
· Harman is projected to jump 34 spots to 14th in the FedExCup point standings
· 76 TaylorMade drivers were in play this week, again the #1 played model on the PGA TOUR
· Harman earns a coveted spot in The Open Championship as well as the PGA Championship in addition to an invitation to the 2015 Masters Tournament

Complementing his bag full of TaylorMade clubs, Harman wore adidas Golf’s pure 360 footwear. The collection features clean, classic silhouettes, ultra-flexible outsoles and premium materials aimed at allowing the foot and body to move in the way it was naturally meant to from the ground up. He also wore adidas Golf apparel throughout the tournament.