Community and Local Charities Benefit from Highest Attendance Yet

(HARRIS, Mich.) – The 2014 Island Resort Championship (IRC) – a Symetra Tour “Road to the LPGA” tournament played at Sweetgrass Golf Club – achieved enough charitable contributions, community support and fan attendance to make it the most productive year in the event’s history. 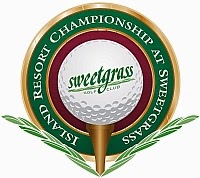 While winner Molly Aronsson’s 1-under score was an exceptional tally given the stout winds that whistled through the acclaimed Paul Albanese-designed Sweetgrass, record attendance and non-profits benefitting from ticket sales helped make the tournament an unmitigated success.

Area non-profits who sold tickets to the event, a standing tradition since the tournament’s inception, saw a record number of purchases. Regional chapters of the Red Cross, Habitat for Humanity and other local charitable groups keep 100 percent of profits collected via ticket sales.

The 2014 IRC was year one in a new 3-year deal with the LPGA Symetra Tour, keeping it at Sweetgrass Golf Club and Island Resort and Casino through 2016. It is also the third leg of the newly created Potawatomi Cup, an incentive-based point system that awards additional prize money to players who do exceptionally well at the four Cup tournaments hosted by casino-courses of the Potawatomi Nation.

“The best compliment you can receive is when players and fans tell you this is an event they look forward to all year, especially in the first year of a new contract with the LPGA,” says Tony Mancilla, General Manager of the Island Resort and Casino and co-chair of the event. “We are so pleased with the outpouring of community support and the flawless execution of the event by our staff and volunteers.”

Fans in attendance were thrilled to see Aronsson – who has Upper Peninsula ties – capture her first career victory. A University of Washington graduate, Aronsson’s family emigrated from Sweden to nearby Escanaba, MI, several generations ago. With the win, she moves into second place in the Potawatomi Cup standings.

As has been the case the last three years, Sweetgrass Golf Club and the Island Resort and Casino expect to see measurable growth in rounds and stay-and-play packages purchased immediately following the tournament.

The golf club and resort are owned and operated by the Hannahville Indian Community, a Potawatomi Nation affiliate member.