Ever since the late, great Gary Adams successfully marketed the first mass produced “metalwoood” the Taylormade Pittsburgh Persimmon, in the early 1980’s there has been an arms race in driver technology. 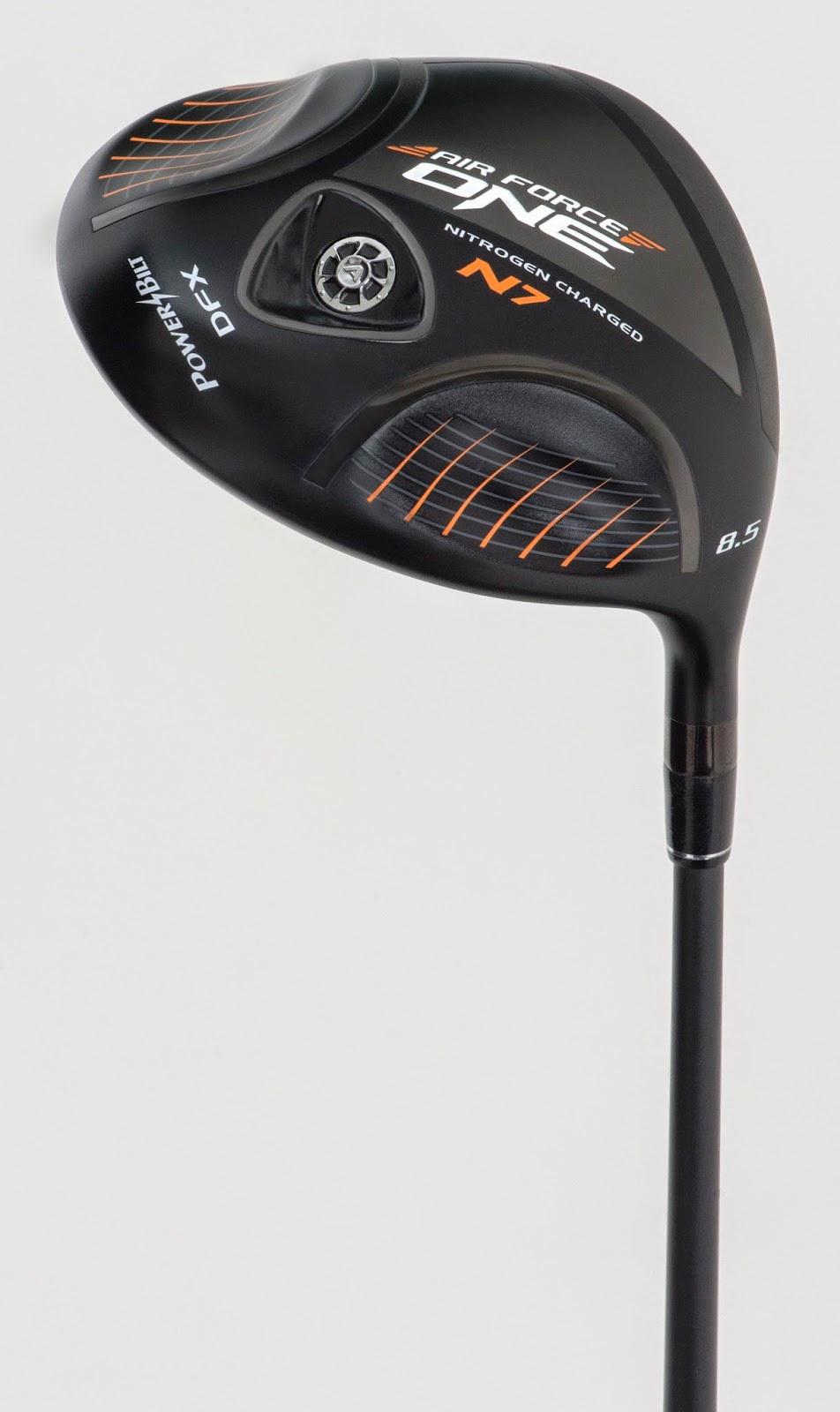 Although the Pittsburgh Persimmon was cast steel, it was the introduction of titanium heads that really sent driver distances off the charts. Titanium is a space age metal developed by the Russians for space craft that has the strength of steel at less than half the weight.

Titanium allowed driver heads to increase in volume and to thin out the driver faces. The introduction of the Callaway Big Bertha and the Great Big Bertha and the trampoline effect of driver face recoil caused the ruling bodies of golf, the United States Golf Association and the Royal and Ancient Golf Club to institute limits in head size and trampoline effect, a/k/a coefficient of restitution.

Many traditionalists felt the horse had gotten well away from the barn before the rulers acted on setting 460 cubic centimeter size and .820 coefficient of restitution limits but that hasn’t stopped engineers at OEM’s from trying to come up with new and better technologies.

DFX stands for Deep Face Extreme.  The clubface is now 5 mm deeper than the previous version, which catches the ball at impact slightly longer and combines with the nitrogen inside the clubhead to create reduced spin and more distance.

“We reduced the nitrogen pressure to 80 pounds, for better impact feel,” says Ross Kvinge, President of PowerBilt. “This new amount of nitrogen generates a tremendous trampoline effect for increased ball speed. In fact, now the trampoline effect is up to the USGA maximum limit. Shot dispersion is also the tightest ever in our drivers. And by adding 6 grams low and forward in the clubhead, we moved the CG lower and more forward than in any other Air Force One driver. We did this to appease our clubfitters who requested a better smash factor. I can confidently say that this is the most solid driver we have ever produced.”

PowerBilt’s patented Nitrogen N7 “Nitrogen Charged” technology makes its debut in the Air Force One DFX driver, as well; it’s a newly patented method to reinforce the clubface without adding any weight. That means every golfer can benefit from maximum C.O.R., maximum C.T., maximum trampoline effect, and maximum smash factor for increased distance.

The Air Force One DFX features a forged titanium body with titanium cup face technology, as well as aerodynamic clubhead shaping. It’s available in both the high MOI and Tour Series, in lofts of 8.5°, 9.5°, 10.5° and 12.5°. Standard shaft length is 45 ½”. The club is offered in several leading shaft models from the top OEM shaft brands, so that golfers will achieve the optimum launch angle and spin rate for their unique swing. MSRP starts at $299.99, and there is an upcharge for ultra premium shaft options.

We tried the Air Force One DFX and found it to be quite legit. First off the looks and graphics are distinctive and attractive. The clubhead looks very compact at address especially since it is a max size 460 head. The AF One looks like a golf club and not a turtle at the end of a stick like a lot of 460 cc drivers. The clubhead looks strong but manageable creating confidence to really go after the drive.

The feel was very solid even on off-sweet-spot hits and really something else when hit on the button. That feeling is like when swinging a hammer and catching the nail perfectly. The ball carried impressively with limited side spin. Distance was quite favorable.

Any golf driver aficionado knows that all the OEM heads are good or great or whatever but the difference in performance for the individual golfer is in the driver shaft. The fact that the buyer of the Air Force One drivers can get shafts from the best names in shaft technology should erase any doubt on how serious Powerbilt is about selling a quality product. With shafts from Fujicura, Oban, Mitsubishi and Graphite Design and all the variations in stiffness, kick point and length the golfer can dial in the perfect stick to increase their distance.

Wayne Mills is a member of the Golf Writers Association of America and Course Rater for a national magazine.
Posted by Blogger at 9:33 AM