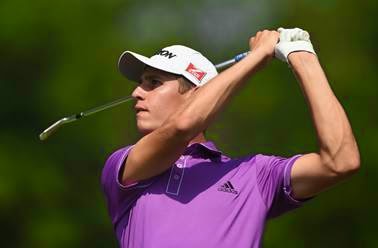 Goss, who turned professional following the 114th U.S. Open Championship and played his first tournament as a pro at the Travelers Championship, will wear adidas Golf apparel and footwear per his new contract. The 20-year-old Australian turned professional following an impressive amateur career, which included a professional tournament victory (as an amateur) at the PGA Tour of Australasia’s Western Australian Open in 2012 and a runner-up finish at the 2013 U.S. Amateur. Goss also played in the 2014 Masters Tournament, where he earned the Silver Cup as low amateur and was the only amateur to make the cut. 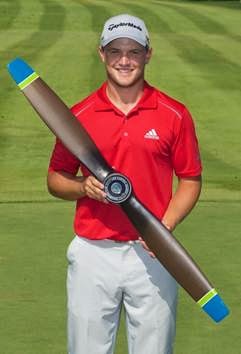 Similar to Goss, Cappelen turned professional after a stellar amateur and collegiate career at the University of Arkansas, where he was the 2013 SEC individual champion and became the first player in school history to be named an All-American all four years. Per his contract, he will play twelve TaylorMade clubs including metalwoods and irons, and will wear adidas Golf apparel and footwear in addition to TaylorMade hat and staff bag. The 24-year-old Dane began his professional career in impressive fashion - as a Monday qualifier at the Web.com Tour’s Air Capital Classic, which he went on to win by one stroke.

“We’re thrilled to add both Oliver and Sebastian to the TaylorMade-adidas Golf family,” said Chuck Presto, Senior Vice President, Global Sports Marketing. “Both young men have incredible talents on the golf course with unlimited potential to do great things at the highest levels of the game. We’re proud to have both of them representing our brands as they embark on their professional careers.”

For more information on TaylorMade-adidas Golf equipment, apparel or tour staff players, visit TaylorMadeGolf.com.
Posted by Blogger at 10:19 AM