(CARLSBAD, Calif.) – TaylorMade Golf Company, a leader in golf equipment innovation, announced the newest member of its popular “Ghost Spider” series putter models. Introducing the Ghost Spider Si, a high MOI (moment of inertia) counterbalanced putter that is one of the most consistent and forgiving putters the company has introduced. 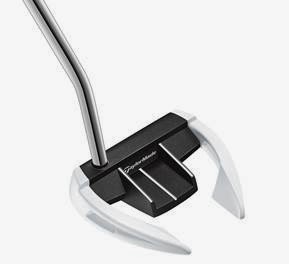 What is “counterbalancing”? While the typical putter has one light end (grip) and one heavy end (head), putting more weight in the grip to counterbalance the weight of the head increases the MOI of the entire club, from top to bottom, which makes it 50 percent more stable and much easier to keep the head on path – something the company calls “Stroke Stability.”*

The Ghost Spider Si, which debuted at the Humana Challenge, has been played on a weekly basis by a number of Tour professionals including Rory Sabbatini, Fred Funk, Retief Goosen and Lucas Glover. 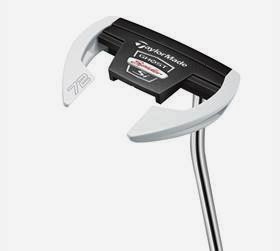 "The player excitement on Tour over counterbalanced putters drove the creation of the Ghost Spider Si,” said Tomo Bystedt, TaylorMade Golf’s Director of Product Creation for Irons, Putters and Wedges. “It's the perfect putter for players who want the benefits of a high MOI head and counterbalanced stroke stability in a clean, elegant design."

The counterbalance concept was validated in a major way when TaylorMade staffer Justin Rose used a Ghost Spider Blade to win the 2013 U.S. Open.

Performance of the Ghost Spider Si also comes from an exceptionally high MOI. The MOI in traditional blade and mallet putter ranges from 3500-4500. The Ghost Spider Si has an MOI of more than 6000 which makes the putter head more resistant to twisting at impact and helps protect ball speed and distance-control on off-center hits.

The PureRoll Surlyn insert promotes soft-yet-solid feel and a smooth roll straight off the face.

Pricing, Options and Availability
The Spider Si putter is offered in a 35 or 38-inch shaft. Players grip the club as they would a normal-length putter, with 2 or 3 inches of the butt-end of the grip extended above their hands, which provides the maximum benefit of counterbalancing. The 38-inch length is engineered for players who normally play a 35-inch length while the 35-inch model is built for the player who favors a 33-inch length. Players who favor a 34-inch length can choose between either 35 or 38 inches.

Available this Friday, March 14, the Ghost Spider Si is priced at $199. For more information, visit taylormadegolf.com.

*Stability gain is based on comparison of overall club MOI values in the primary stroke plane.
Posted by Blogger at 1:53 PM