(CARLSBAD, Calif.) – Entering the final round T3 and two strokes behind the leaders, TaylorMade-adidas Golf Tour Staff Professional Anna Nordqvist (@ANordqvist) played her most consistent golf of the 2014 season, posting a 5-under 67 in the final round to win the Kia Classic at the Aviara Golf Club in Carlsbad, CA by one stroke. The win is the 26-year-old Swede’s second victory of 2014, having previously won the Honda LPGA Thailand Championship in February. 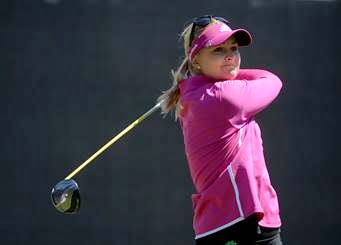 With the win, Nordqvist moves to second in the Race to the CME Globe standings. Additionally, she is projected to jump to ninth in the Rolex Women’s World Golf Rankings.