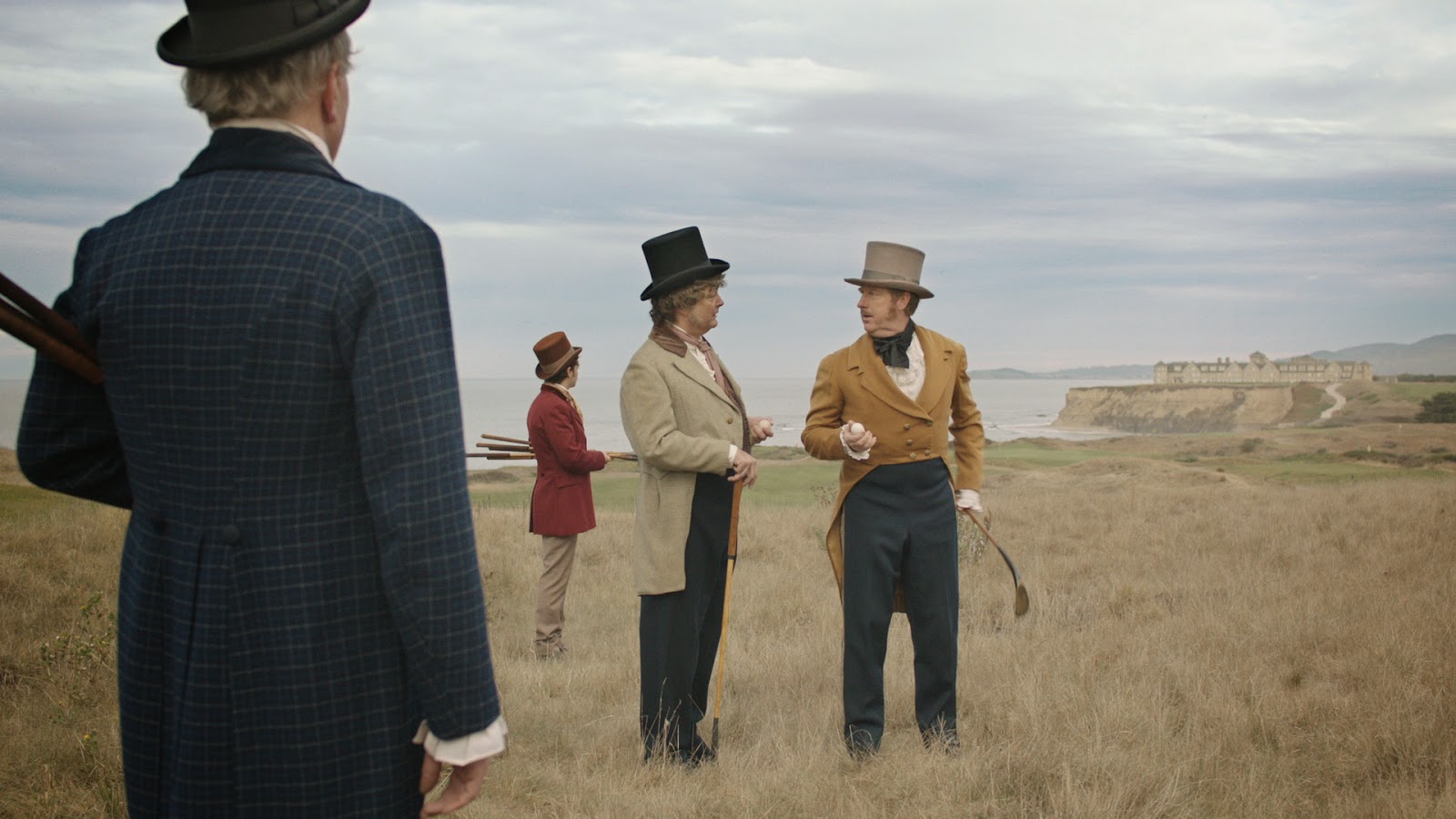 (BEAVERTON, Ore.) – Nike Golf is introducing a 60-second ad showcasing Nike’s new line of RZN golf balls featuring its proprietary Speedlock Core technology. The spot is the second in Nike’s new “Play in the Now” campaign, a series of TV spots that takes a humorous but pointed jab at golfers who are afraid to try new technology and, as such, reject advancements in innovation.

The newest ad, which airs on March 16, showcases a crew of comical characters who pledge their allegiance to an array of antiquated golf ball models like featheries, gutties, wound and solid rubber cores, and express their concerns that Nike’s new RZN core will “ruin the game.” The spot will air on ESPN in the U.S., and will also air in Canada, United Kingdom, Japan and Korea.

With a clear inference that Nike Golf’s innovations represent today’s leading edge of golf equipment, “Play in the Now” takes a snapshot journey through the different eras of golf technology. It makes a stark distinction between the change-fearing golfers of yesteryear and what it takes to move the sport forward.

More spots highlighting Nike Golf’s latest technologies will be aired in the coming months to complement the campaign.

Featuring Nike’s proprietary Speedlock RZN core technology,an interlocking core design – the core’s surface is similar to that of a waffle iron – interconnects with the compression layer to form a tighter bond that helps promote better energy transfer through the layers at impact.  Similar to how snow tires utilize aggressive treads to bond with a road surface, the Speedlock core’s interlocking geometry helps eliminate the slipping that normally occurs between a traditional, smooth-surface core and the outer layer. Speedlock Technology helps to harness more energy between layers for faster ball speed, longer distance and more stability into the wind.

“The development of the new interlocking core design has allowed us to pull maximum of the energy out of the existing RZN core,” says Rock Ishiii, Senior Director, Golf Product Development. “Working in partnership with DuPont we were able to develop a softer and faster RZN material and created the interlocking core design to reduce energy loss at impact. That means more distance, especially with fairway woods, irons and wedges, and softer feel and sound around the greens.”

Several Nike Golf athletes, including Rory McIlroy, Russell Henley and Suzann Pettersen, have posted victories with the new ball since putting it into play last fall.