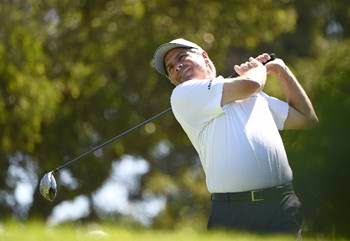 Victory is Couples’ Tenth Since Joining Champions Tour in 2010

(CARLSBAD, Calif.) – Finding himself two shots behind the leaders after the turn, Ashworth Golf brand ambassador Fred Couples needed to make a late move to have any chance at victory. He did just that, hitting consistently long and straight drives with the SLDR Driver, birdieing three of the final four holes for a final round 66 to win the Toshiba Classic by one stroke at the Newport Beach Country Club.

With the victory, Couples became the second two-time winner in tournament history, having previously won in 2010.

An Ashworth ambassador since 1990, the victory is Couples' first Champions Tour win of the year and his first since claiming the Charles Schwab Cup Championship in San Francisco last November. The 54-year-old Couples now has 10 Champions Tour tournament victories in addition to his 15 PGA TOUR wins.