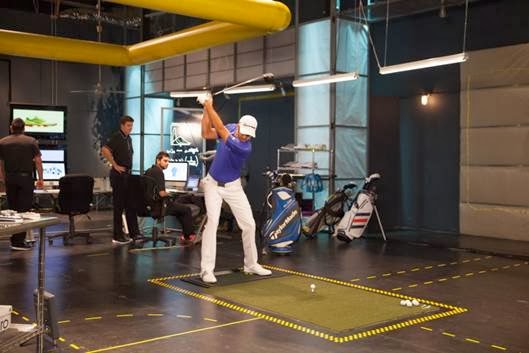 (Carlsbad, Calif.) – TaylorMade-adidas adidas Golf, an industry leader in innovation, technology and performance footwear and apparel, has released the second episode in their “adidas Golf Innovations” video series.  In this episode, adidas Golf Tour staff professional Dustin Johnson, who averages over 12,000 steps throughout 18 holes, participates in several scientific experiments to determine just how much comfort impacts a golfer’s performance.  This in-depth episode tests the cushioning properties of traditional golf shoes against the new adidas Golf pure 360 – the lightest, softest, most stable, and most comfortable premium golf shoe the company has ever created.

The pure 360 footwear collection, the next generation of adipure footwear, features classic styling, premium materials and advanced technologies for the ultimate in stability, flexibility and comfort.

John Brenkus, six-time Emmy Award winner, creator of "Sport Science" and New York Times best-selling author of "The Perfection Point", hosts the series that brings the science behind each innovation to life. Tested both with and without the new apparel and footwear for consistency and accuracy, both athletes’ performances were closely measured and compared by highly advanced data capturing tools and were presented graphically through a series of unique and engaging videos – one for each of the six key technologies to be unveiled by adidas Golf throughout 2014.