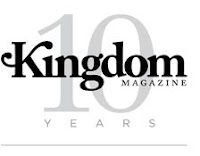 This year's event raised $86,200, adding to an amount that now totals more than $500,000 given to the hospital over Kingdom magazine's 10-year history.

With a guest list that included Mr. Palmer and his wife Kit, LPGA pro Paula Creamer and other notables, the dinner was made more special by the attendance of Karli Leonard, a brave 12-year-old cancer survivor, who was treated at the hospital.

"Since Kingdom launched, we've been committed to supporting Arnold Palmer Hospital for Children and the great work that they do," said Matthew Squire, TMC USA's publisher and founder of both TMC USA and Kingdom magazine. "With the support of long-term partners like Glenmorangie, Whirlpool, and all of our other fantastic clients, I'm absolutely thrilled that we've been able to do something for the hospital, which does so much for children and families all over the world. We look forward to raising even more money for their efforts over the next 10 years."

"TMC USA has always been about more than just business," added Steve Richards, one of the firm's founders. "We've always worked to uphold the values and integrity practiced by Arnold Palmer every day, and supporting the hospital has been an important part of our goals."

"Honestly, to see Karli and her family here tonight, reminds us all that institutions like Arnold Palmer Hospital for Children are more than just buildings: they're an important part of their communities and the greater world community at large," said John Halnan, also a co-founder.

"Kingdom Magazine and TMC USA, Llc, are more than just donors to our hospital, they are terrific partners," said Jeffrey Muddell, Vice President, Orlando Health Foundation/Arnold Palmer Medical Center Foundation. "The entire team is always looking for ways to use their business assets to work to the benefit of Arnold Palmer Hospital, and we are so grateful for their support."