Pros and Amateurs Swing at Chance to Win up to $1 Million for Charity with Ace on No. 17 at Pebble Beach

(CARLSBAD, CA) – As part of the PGA Tour launch of its new RocketBladez irons at the AT&T Pebble Beach National Pro Am, TaylorMade Golf is offering pros and amateurs a unique opportunity: Anyone who makes a hole-in-one on Pebble Beach’s iconic par-three 17th hole during tournament play while wearing a yellow TaylorMade bucket hat with #onebucket on the front will win $100K dollars for charity - $50,000 for the charity of their choice and $50,000 for the Monterey Peninsula Foundation, the tournament’s official charity. TaylorMade will insure up to 10 hole-in-ones from Thursday-Saturday for a total of $1 million dollars. 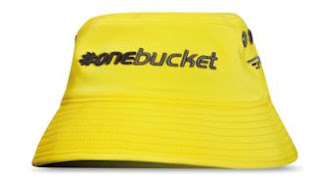 “Even if the weather forecast calls for sunny skies, don’t be surprised if you see golfers wearing yellow bucket hats this week,” said Bob Maggiore, Chief Marketing Officer for the TaylorMade, adidas Golf and Ashworth brands. “The players in the field really embraced the opportunity to wear the hat and raise money for charity. Plus it draws awareness to our National One Bucket Challenge and our new RocketBladez iron.”

The highly visible bucket hats represent a month-long promotion called the National One Bucket Challenge, which began Monday. Golfers who try TaylorMade’s new RocketBladez irons at participating golf courses, driving ranges and hitting bays will get a free bucket of practice balls, because the company believes that just one bucket is all it will take to demonstrate the performance benefits of RocketBladez and convince golfers to put this remarkable new iron in their bag.

“TaylorMade has been great to the amateurs competing here by providing anyone interested in a set of their new RocketBladez irons,” said celebrity actor Josh Duhamel, “and there’s a lot of excitement about the chance to win $1 million for charity. Most of the guys competing here can’t wait to put the bucket hat on when they get to 17 and go for the pin. I know I’ll be taking dead aim, even if the flag is tucked behind a bunker. ”

Golfers in the field have two different RocketBladez models to choose from: RocketBladez and RocketBladez Tour, the latter engineered with a more compact head, thinner topline and thinner sole. The 3- through 7-irons in both models incorporate a performance-enhancing feature called the Speed Pocket, which is engineered to increase the speed of the clubface to promote higher launch and a stronger ball flight. At the same time, the Speed Pocket increases the area on the clubface that delivers high ball speed, promoting consistent distance from shot to shot. RocketBladez Tour irons are the first distance-oriented iron to be played on Tour.

Really Looks to be of good quality and made well. skycaddie golf gps

If you are short of ideas for your summer vacation, why don't you consider a golf vacation? Golf vacations are a very good opportunity to learn a complex sport while enjoying the outdoors.