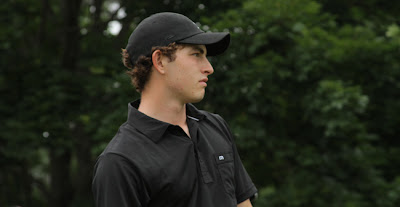 (Seal Beach, CA) – World number one amateur Patrick Cantlay has joined the Travis Mathew team. Cantlay will begin representing the brand during his professional debut at the Travelers Championship this week.

"This is a big day for the future of the Travis Mathew Brand and Team," says Travis Mathew President Travis Brasher. “It is not every day that a company gets the opportunity to work with such a bright and talented young man. The fact that Patrick grew up in our backyard, was coached and mentored by Jamie Mulligan, a very close friend to the Travis Mathew Family, and was raised at Virginia Country Club alongside two of our original team members John Mallinger and Peter Tomasulo, is just icing on the cake. We would like to thank Patrick for choosing us as his apparel sponsor and we look forward to watching him grow on and off the golf course.”

"I am thrilled to have the opportunity to be part of the Travis Mathew team. I have always admired the style and quality of the clothing and I like the fact that the people involved are my friends," Cantlay said.

Cantlay has already had success on the PGA Tour, finishing low amateur at the 2011 US Open and 2012 Masters Tournament. In 2011, he made the cut in all five of his PGA Tour starts, never finishing outside of the top 25. Cantlay made history at the 2011 Travelers Championship when he fired a second-round 60, the lowest round ever posted by an amateur in a PGA Tour event.

These accomplishments are in addition to a dazzling collegiate and amateur golf career. While at UCLA, Cantlay won four college tournaments and earned several accolades. Most recently, he was the recipient of the Hogan Award, honoring the player with the most outstanding collegiate and amateur record. He also won the Haskins Award, the Jack Nicklaus Award, the Phil Mickelson Award, and the Mark H. McCormack Medal.

"I couldn't be happier to welcome Patrick to the Travis Mathew team," says Chris Rosaasen, President and Creative Director at Travis Mathew. "He naturally carries himself with a very old-school California cool aesthetic. It will be fun to work together with him and help define his own unique Travis Mathew style."