(HARRIS, Mich.) – An international field of 144 women golfers will descend on Michigan’s Upper Peninsula next week to compete in the second Island Resort Championship, presented by the Delta County Chamber of Commerce, June 29 – July 1. 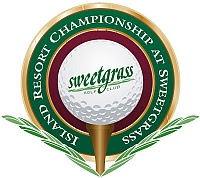 The 54-hole stroke-play Symetra Tour event has drawn professional golfers from 25 different countries and six continents to vie for a total $110,000 purse, from South Africa to Australia, Chile to Columbia, England to France, Norway to Japan, the Middle East to Thailand, and beyond.

“Several of the players from last year’s inaugural event have already graduated to the LPGA Tour,” says Susan Harris, co-chair and marketing director for the Island Resort & Casino, host site of the tournament.  “Their spots have been filled with the next set of rising talent, ready to fight their way to the top.”

This is the seventh tournament of the Symetra Tour’s 2012 season, as Tour members play for the top 10 spots on the money list to win automatic entry to the LPGA Tour.

Players to Watch
Defending Champion Stephanie Kim will not be in the final field of 144, leaving the next generation of LPGA stars to capture the honors at Sweetgrass Golf Club, a Golfweek “America’s Best Courses You Can Play” layout.

She’ll be joined by two native Michiganders in the 2012 field, including Laura Bayaird of Grosse Ile, Britney Hamilton of Lake Orion – both Western Michigan University graduates.  Former Michigan State graduates Allison Duncan and Aimee Neff will also be found on the Friday roster of players.

Wisconsites will cheer for Kenosha’s Carly Werwie, a Wisconsin-Madison graduate.

On the international front, Australian Kristie Smith won the Tate and Lyle Players Championship last week, carding three bogeyless rounds.  She’ll be in the Sweetgrass field, along with several players who have qualified for the U.S. Women’s Open at Blackwolf Run in Wisconsin directly following the Island Resort Championship.  Among them are Sue Kim of Canada, Veronica Felibert of Venezuela, Lili Alvarez of Mexico, and Mi Hyang Lee of South Korea.

“I was amazed at the number of under-par rounds I saw on the leaderboard last year,” said Sweetgrass Director of Golf Dave Douglas. “For those who love golf, you’ll enjoy watching the incredible talent in the field.”

A complete list of players in the field has been posted at www.symetratour.com.

Tickets are still available for the Island Resort Championship; $10 three-day passes can be purchased at the Island Resort & Casino Showroom or by calling 877-ISL-SHOW, or through several local non-profit organizations who keep the profits from their tickets sales.  A complete list can be found at www.sweetgrassgolfclub.com/lpga-2012.