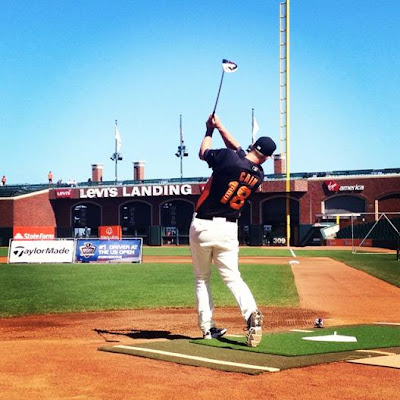 TaylorMade Golf announced it is offering one of its iconic R11S drivers (same model used by Cain and DJ) to any major league starting pitcher who wants to mimic Cain’s unique pre-game routine. The interested player would have to launch a golf ball out of their respective home ballpark the day of their next scheduled start.

“A huge congratulations to Matt and the Giants for their memorable and historical night, said Bob Maggiore, chief marketing officer for TaylorMade. This might have been the 22nd perfect game, but clearly the first preceded by hitting a golf ball out of the ballpark.”

Johnson, who is playing the U.S. Open at the Olympic Club, also threw out the first pitch prior to the Giants game against the Astros.

“What a game by Matt Cain!!!” said Johnson on Twitter after the game.