(PHOENIX) – Junior Golf University (JGU) is excited to announce the expansion of the PING Junior Interclub (PJI) into three new states for the 2012 summer and fall season. 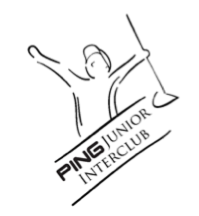 The PJI provides junior golfers (boys and girls, ages 12-18) with the unique opportunity to compete as a member of a team.  Over the last four seasons, the tournament series has grown to provide 350 junior golfers in Arizona with team-centered tournaments, preparing them for high school-and collegiate-level golf.  In May, JGU partnered with Grayhawk Golf Club in Scottsdale to host the 2012 Arizona PING Junior Interclub State Championship presented by Under Armour.

The tournament featured top golfers from Phoenix and Tucson, including individual medalist Lindsey Weaver of Desert Mountain Club.  Weaver, 18, who is currently ranked fifth nationally, (on the Junior Golf Scoreboard) finished nine-under-par, shooting 135 for 36 holes.  ASU Karsten Golf Course retained the team title for the second consecutive year, earning 748.5 points.  The team trailed after the first round, but managed to edge out Anthem Golf and Country Club, which finished with 651 points.

As a result of the program’s success, JGU has launched a summer PJI tournament series in Oklahoma and Kansas.  Competition commenced June 2 at Southern Hills in Tulsa, Okla.  Tournaments are slated for Southern California this fall.  Long-term plans include additional rollouts in other areas of the country.

In an effort to raise awareness, they have made enhancements to their website and launched a Junior Golf University Facebook page.  They request you “like” the Facebook page www.facebook.com/JuniorGolfUniversity.  For additional information, you can also view www.juniorgolfuniversity.org.