The A List: The A Position Picks the Best U.S. Opens Ever 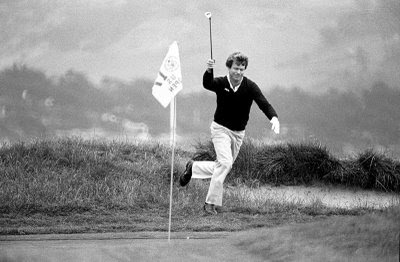 With our national championship about to tee off, the writers at golf's leading website name the 10 Best U.S. Opens of All Time

(Portland, Ore.) - When the world's best golfers begin playing the 112th U.S. Open next week at The Olympic Club in San Francisco, they will be returning to the site of the 8th best Open of all time. Or so say the writers at The A Position, the web's top site for golf and travel.

The 1955 Open, a legendary battle between four-time victor Ben Hogan and no-name club professional Jack Fleck played over Olympic's Lake Course, was picked by The A Position as number eight of the "10 Best U.S. Opens Of All Time." The A Position's roster of writers was polled for their favorites, the votes tabulated, and the Top 10 chosen.

Each of the 10, beginning with the 1913 Open-in which an unknown American youth broke the British stranglehold on golf-is remembered for its triumph or tragedy, as well as its significance to the game's history and traditions. The 10 Best Opens go back to the game's earliest days in this country, and fall as recently as 2008, when Tiger Woods, playing on a broken leg, had to withstand a fifth-round playoff to win.

Now the golf world waits to see if this year's staging at Olympic will be an Open for the ages. Based on the 10 Best list as chosen by The A Position, it's going to have to be something very special to make the list.