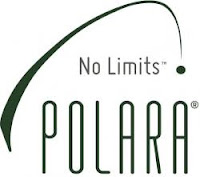 Polara Golf selects charity golf outings throughout the country to participate with and donates self-correcting golf balls to help golfers of all skill levels hit more fairways, speed up play and make the day a more enjoyable experience. In the Straight Drive Challenge, flags are placed out in the fairway at 160 yards, similar to field goal posts in football, and contestants are given the opportunity to win FREE sleeves of Polara golf balls for hitting their drives through the uprights.

"The reason we sponsor these charity golf tournaments and hold these Straight Drive Challenges is really very simple," said David Felker, PhD and Head of Technology for Polara Golf. "We want to remove some of the frustration from the game so everyone can have fun and focus on the real reason they are there....to raise money for a great cause."

Apparently the Santa Barbara Police Dept. is investigating the legality of the Polara Self-Correcting Golf Balls during this Team Challenge Cup and plan to announce their findings after the event!

The Foundation is entirely funded by general contributions and support from its members. It is a qualified non-profit under 501C(3) so donations qualify as tax deductions.

"As a police officer and sergeant, I have served many people during personal tragedies, loss, death and grieving in the Santa Barbara community," said Michael McGrew, Sr., a Major Crime Sergeant with the Santa Barbara Police Department. "I never knew how much help or comfort I was able to provide to the victims I encountered, or to the families who were affected by the losses of a loved one, but I did my best. It wasn't until I became the person who needed help, that I truly realized the powerful impact that we have on people when we put our hearts out to each other in times of need, grieving, and loss. My son Michael Thomas McGrew was diagnosed with Osteosarcoma (bone cancer) when he was twelve years old. Michael underwent extensive chemotherapy several times during a six year span and spent over 200 days a year in the hospital while he endured 14 major surgeries, the loss of his left leg and the removal of the major bones in his right leg. I became a board member of the Santa Barbara Police Foundation and became part of a group of caring and selfless people who have joined together in order to help police families that may encounter similar catastrophic situations as my family had. Little did I know that I would become one of the first recipients of the foundation's help when my son Michael died after his six year battle with cancer at the age of 18. The Santa Barbara Police Foundation quickly stepped in and assisted our family with the burial expenses for my son and allowed our family to move through the grieving process with less stress due to the financial help we received during that most difficult time. By contributing to the Santa Barbara Police Foundation, you will help the officers and police employees who are always the first to step up to help others, but usually will never ask for help for themselves."