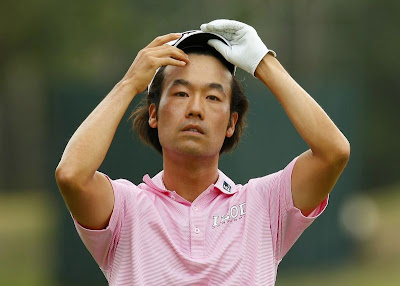 Thoughts may change, but as of this afternoon, here's what we'e thinking at American Golfer.

Freeze Frame: This past weekend's PLAYERS Championship had a lot of great moments, but I think they were all overshadowed by the top story ... which wasn't Matt Kuchar holding off a terrific field for the win. The overwhelming impression left from this tournament was Kevin Na's inability to pull the trigger on his swing. There's a lot of pressure on Tour and Na was the first to admit it. It was amazing how well he played in spite of his nerves. Also, in spite of the hecklers, which is what's really eating at us. Nobody likes slow play, but the PGA Tour (and sport of golf) certainly doesn't need boneheads jeering the players. This isn't baseball where kids yell "swing batter" to distract the opposition or hockey where fans pound on the glass. This is golf. Golfers call penalties on themselves and crowds generally respect their play with silence and subtle clapping. Save your boos for Boo Weekley! 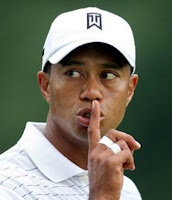 Tiger Just Another Player?: Our first impressions were to write about how Tiger Woods has fallen so far that he's really no longer relevant to the sport. The young stars like Rory McElroy and Rickie Fowler have taken over. After all, there are more people under the age of 25 (3) than over 40 (2) in the FedEx Top 20. Well, Tiger is in there, too (No. 15), if you haven't noticed. While there are now more people we'd expect to win any given tournament, would you be willing to take some of the guys ahead of Tiger in the standing - Carl Petterson, Johnson Wagner, Kyle Stanley, Jason Dufner or Mark Wilson, for example - in a head-to-head battle with the former world No. 1?

Golf Boys: While their singing and dancing may leave a lot to be desired, the Golf Boys may be taking over the world of golf. In the aforementioned FedEx standings, Hunter Mahan (1), Bubba Watson (2) and Fowler (8) are in the Top 10. Ben Crane - the only one yet to win on Tour this season - comes in at a respectable No. 25. If you're looking for a laugh, check out one of their videos here. 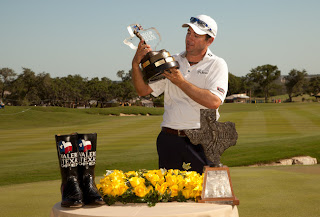 Curtis Quietly Climbs: What is it with athletics that relative nobodies can come out of nowhere and shock the world, like when Buster Douglas beat Mike Tyson? The same could be said for Ben Curtis winning the 2003 Open Championship. Sports also has a way of quickly forgetting about those stories if the success doesn't continue ... much like Douglas. The same was seemingly happening to Curtis as he lost full exemption and was a distant 200th in the all-important FedEx standings. Then came a win at the Valero Texas Open, which ended a six-year winless streak on Tour and allowed the former Kent State star to regain full status through 2014. In the following weeks, Curtis has quietly moved up to 17th in the FedEx race and raised his total money earned to more than $2.15 million, despite only playing seven events. McElroy is the only player ahead of Curtis in the standings with fewer starts (6).

Agree? Disagree? Want to discuss another topic? Shoot us an e-mail.