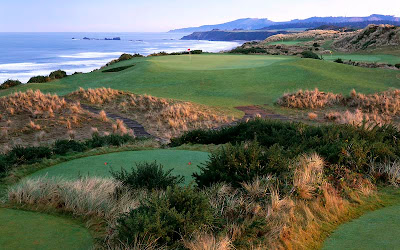 (NORTHBROOK, Ill.) – KemperSports, a leading golf course management company, announced that Bandon Dunes Golf Resort, located in Bandon, Ore., was recently named the No. 1 golf resort in North America by both Golf Digest and GOLF Magazine. Golf Digest published its list of “75 Best Golf Resorts in North America” in the November 2011 issue, while GOLF Magazine’s list of “Premier Golf Resorts for 2012-2013” was revealed in its March 2012 issue.

“We congratulate owner Mike Keiser, General Manager Hank Hickox and our entire staff at Bandon Dunes for this terrific achievement. KemperSports is proud and honored to manage Bandon Dunes Golf Resort,” said Josh Lesnik, president of KemperSports. “To have a hand in what makes Bandon Dunes so special is a true testament to our company’s dedication to providing the best service in the industry.”

Golf Digest’s “75 Best Golf Resorts in North America” list was produced by surveying the Golf Digest course-rating panelists, a group of more than 1,000 avid players throughout the United States and Canada. GOLF Magazine’s “Premier Golf Resorts” list was produced based on more than 7,000 public online votes via Golf.com. Both the panelists and public voters were asked to consider a number of resort elements including golf, lodging, food & beverage and customer service.

“It is a tremendous honor to have received this award from two of the most influential golf publications,” said Hank Hickox, general manager of Bandon Dunes Golf Resort and vice president of KemperSports. “This is a reflection of our genuine, helpful and friendly staff and caddies who deliver a world-class golf experience for our guests.”

For more information about KemperSports and a complete list of its managed properties, visit www.kempersports.com.