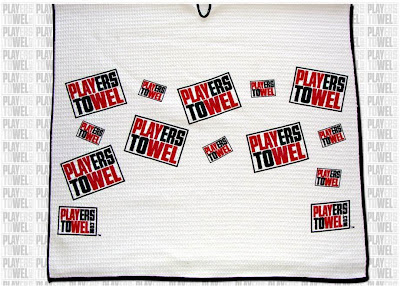 Towel Captures The PLAYERS Championship for Ninth victory of the Year

“I would like to congratulate the winner of The PLAYERS Championship for earning his fourth career PGA Tour tile in the year’s toughest field,” said Patrick Le Vine, founder of The Players Towel. “The closing stretch of holes at TPC Sawgrass is as tough and nerve wracking as they come, so being able to have one’s equipment and hands dry and clean, while playing under these pressure filled conditions, became critical to good golf.”

With nine professional victories so far on 2011, The Players Towel continues to be the winningest towel in golf. The microfiber technology of Players Towel allows users to quickly wipe debris and moisture from balls, club faces and grips, leaving a clean and dry surface for more efficient play.

“As the professional tours move into the hot, humid part of the schedule, and the weather poses more challenges for players, the Players Towel will continue to be relied on as a valuable piece of equipment for the world’s best players and their caddies,” added Le Vine.